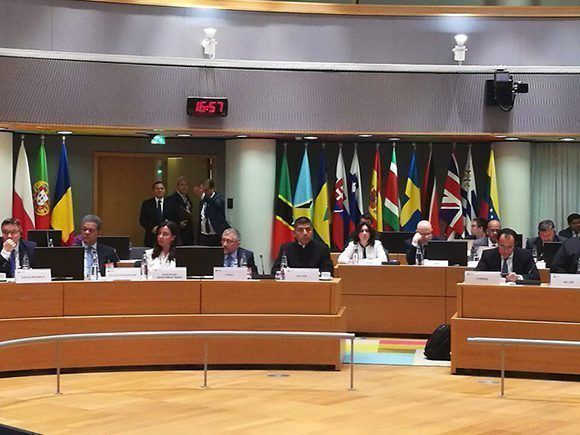 Cuba ratified its commitment and support to the Plurinational State of Bolivia, which on Monday assumed the pro tempore presidency of the Community of Latin American and Caribbean States (Celac) at a ceremony held in San Salvador, the capital of El Salvador, which until then held that office.

With the concept of fostering unity within the diversity of the region, Celac begins a new chapter in San Salvador with great confidence in the capacity of the plurinational State of Bolivia to fulfill its purposes, published the Ministry of Foreign Affairs in Twitter.

Bruno Rodriguez, Cuban Foreign Minister, wrote in Twitter that Cuba will work together with this sister nation for the strengthening and revitalization of Celac and for the unity and peace of Our America.

In recent days, the Cuban diplomat said that a summit with the participation of the members of this regional integration organization and of the European Union, constitute opportunities for the mobilization of leftist forces in the continent.

Cuba participates in the ministerial meeting of the Celac Quartet when Bolivia assumes the presidency of the community for 2019, and deputy FM Anayansi Rodríguez Camejo attends as head of the delegation, who conveyed her congratulations to the South American State and hopes for the revitalization of this regional coordination mechanism.

Let us fulfill the dreams of Bolivar, Martí and other Latin American heroes and let us work for United America. Cuba has already pledged its unconditional support for Our America, she wrote on Twitter.

Celac emerged in 2011 with the purpose of promoting economic and political integration and the development of unity, in a friendly, constructive spirit of dialogue and collaboration.

In 2013, Cuba held the pro tempore presidency of the organization whose main achievements include the declaration of Latin America and the Caribbean as a Zone of Peace in 2014.