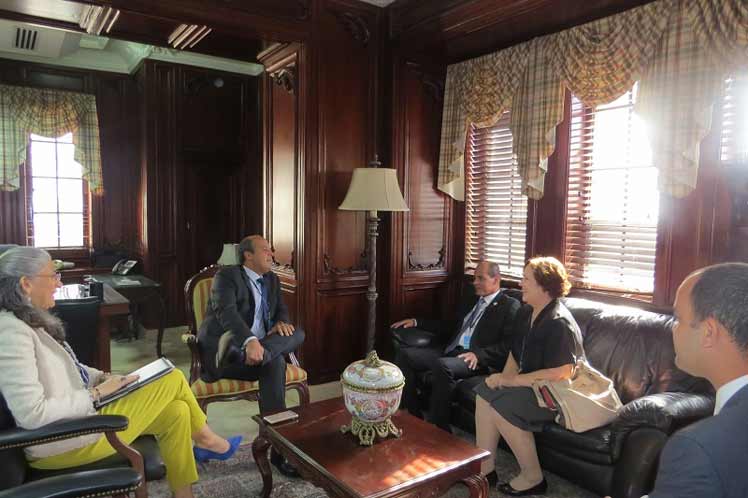 Rogelio Sierra, Cuban deputy foreign minister, fulfills a wide agenda of work in the Dominican Republic, where he will attend this Saturday the 9th Meeting of Ministers of Foreign Affairs of the East Asia-Latin America Cooperation Forum (FEALAC).

Sierra had a meeting with the Thai Foreign Minister's advisor, V. Pornipol, head of that country's delegation to the FEALAC meeting, where they ratified the common will to foster relations between the two nations.

Cuban diplomat participated this Friday in a Business Innovation Forum, an event aimed at opening a space to share experiences that boost competitiveness, as well as to create new alliances between the public and private sectors. In the evening, Sierra will chair the Cuban delegation at the opening of the meeting of foreign ministers.

Delegations from 32 countries have confirmed their attendance at the meeting, which seeks to strengthen the cooperation agenda between both regions in political, economic, social, educational and other fields.

FEALAC, founded in 1999 in Singapore, gathers 36 countries, 20 of which belong to Latin America and 16 to East Asia.