Miguel Diaz-Canel, President of the Republic of Cuba, was received today by the Irish PM Leo Varadkar, as part of his official visit to that European nation.

Diaz-Canel visited this Monday the Kilmainham Prison, place that is part of the political and penal history of Ireland, which was opened from 1796 until 1924.

The Cuban leader began the European tour on Sunday, which includes official visits to Ireland, the Republic of Belarus and the Russian Federation. Diaz-Canel will attend the 18th Summit of the Non-Aligned Movement, to be held in Baku, Republic of Azerbaijan, on October 25-26. 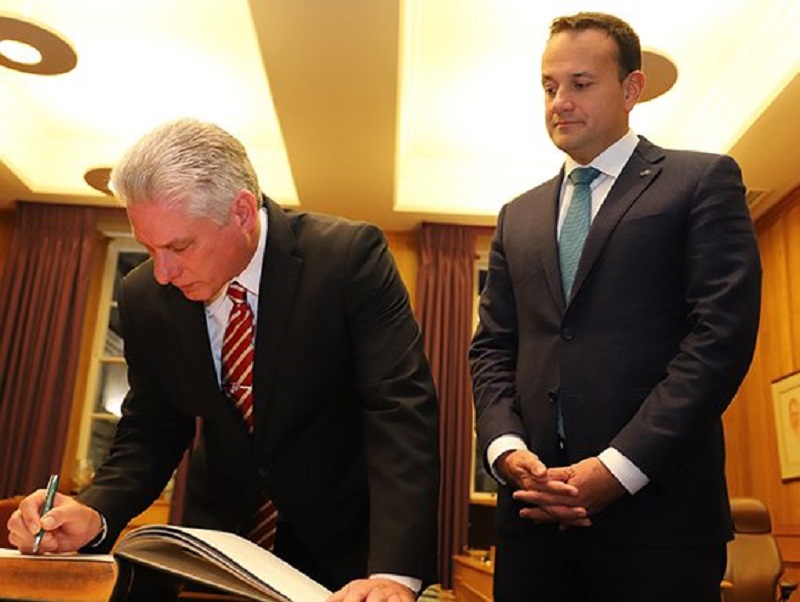