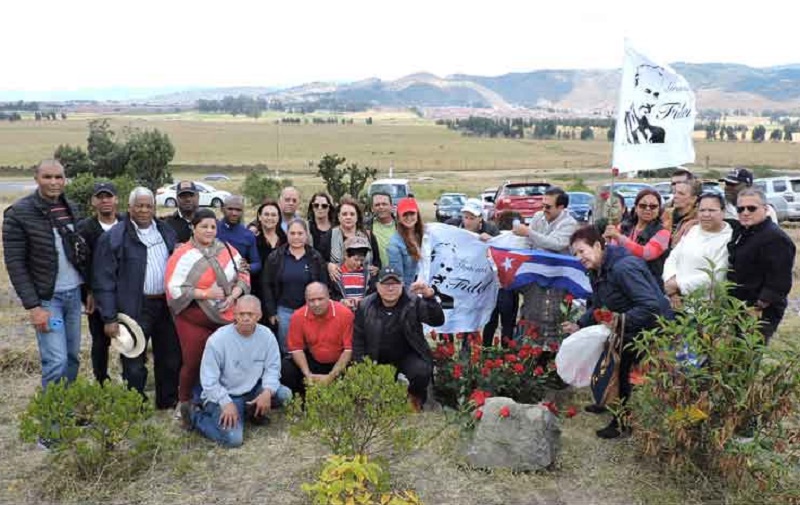 Cubans and Colombians this Monday honored the historic leader of the Cuban Revolution, Fidel Castro, in the context of activities carried out in Colombia to mark the 93rd anniversary of his birth.

Dozens of red roses were laid next to the tree that Cuban Embassy staff and Colombians planted three years ago - in Canoas Park, located about 35 kilometers from Bogota - in honor of Fidel Castro.

Our Embassy staff and Colombian friends met to lay a floral wreath in tribute to Fidel, noted Enrique Tamayo, political counsellor of the Cuban diplomatic mission.

'Today we are at the foot of the tree dedicated to Fidel Castro. I feel really moved on being here, for the love for this great man, not only in Cuba but among the poor of the world,' María Isabel Moreno, of the Colombian Solidarity with Cuba Movement, told Prensa Latina.

Moreno noted that her daughter studied Film Direction in Cuba 'where she learned about solidarity, Martí and Fidel's values, and also Cuban values.'

During a meeting on August 13, in which the documentary 'The Voice of Innocence' was screened, to mark the occasion of Fidel's birthday, his legacy in different areas such as education, health, and internationalism was highlighted.