Ebola Arrives in a Congolese city of Two Million Inhabitants 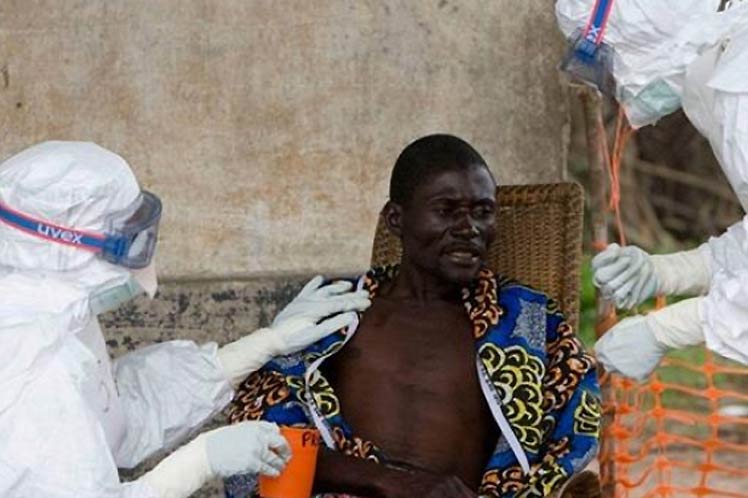 Ebola arrived in Goma, a Congolese city with two million inhabitants, the Ministry of Health confirmed today, showing concern about the possible escalation of the epidemic, almost a year after it began.

An evangelist pastor from the province of South Kivu arrived in the city on Sunday after a short stay in Butembo, where there are cases infected with the Ebola virus, which reappeared August 1 of last year. The epidemic has caused 665 dead, according to the data until July 13th, the most recent available official data.

The outbreak, the second most lethal in the history of mankind, arose in the city of Beni and quickly spread to other locations in the province of North Kivu and then to the neighboring province of Ituri. The health teams managed to confine him to those two territories.

Two weeks ago, a woman died in a locality bordering South Sudan and weeks earlier at least four people crossed the border with Uganda and died in that country, facts that arouse fears of an internationalization of the epidemic as happened in West Africa in 2013-2014, the most lethal to date.

The elimination of the outbreak was hampered by the actions of irregular armed groups in the area and the hostility of the population in terms of participation in the response.

It is already by far the most lethal epidemic in the history of the country and the second worldwide, second only to that of West Africa (Guinea, Sierra Leone and Liberia), with more than 11 thousand deaths from 2013 to 2014.

Meanwhile, last week the Ministry reported that it had enough vaccines rVSV-ZEBOV, an experimental treatment of the German Merck laboratory, with which almost 160 thousand people were already immunized.

He also clarified he would not apply other preparations after two American pharmaceutical companies presented two candidates with positive results in laboratory tests.

The decision was based on the success of the rVSV-ZEBOV and to avoid distrust of the population before other studies.

Ebola is transmitted through contact with contaminated fluids of living or dead people and animals, with a lethality of up to 90 percent.