Limitations on Application of Abortion Law in Chile 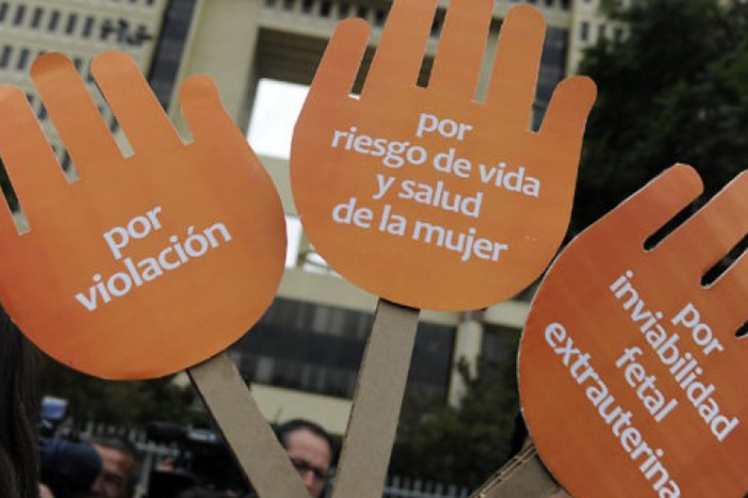 Serious limitations on the application of the law that allows the interruption of pregnancy in Chile, revealed a monitoring carried out by the Action Board for abortion.

The analysis, carried out in seven of the 16 regions of the country, was presented to the commission of Women and Gender Equity of the Chamber of Deputies, to take measures and demand compliance with that legislation, approved during the last government of Michelle Bachelet, (2014-2018).

The legislation, although considered a breakthrough in comparison with the previous situation, only admits abortion for three reasons: when the pregnancy is the result of rape, or represents danger to the life of the mother, or because of the vital infeasibility of the fetus.

The communist deputy Camila Vallejo, president of said commission of the Chamber, told Radio Nuevo Mundo that the study reflects very worrying situation, in which it has been difficult to comply with the law.

The monitoring showed that in the country's health system the implementation of the rule shows serious deficiencies and omissions that prevent girls, adolescents and women from using it.

The coordinator of the Bureau, Gloria Maira, pointed out the interruption of pregnancies continues to be almost a clandestine activity.

At the same time problems arise from the attitude of doctors and health centers that have expressed conscientious objection to perform abortions even for the causes authorized by law, for which many women face obstacles to achieve it, he added.

The Bureau denounced that it is flagrant the breach of the rights established by the legislation, reached after long struggles of the feminist movement and Human Rights in the country.

Faced with this evidence, the Women and Gender Equity commission agreed by office to request the Ministry of Health objective national information on the implementation of the abortion law at the national level and according to its results, then to mention it on the subject.

Cuba reiterates its support for the one-China Principle