Marabana among best marathons in the world 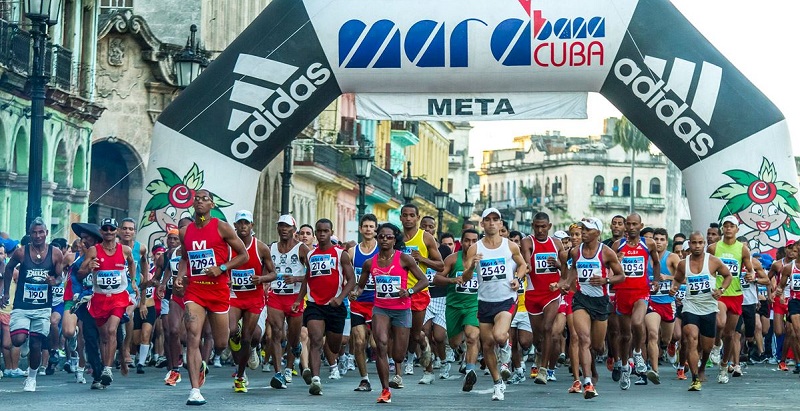 The largest Cuban marathon race, Marabana, is considered one of the best 17 in the world, according to www.diariodeunamaraton.com .

With 32 editions, the Cuban event rubs shoulders with those of New York, Boston, Chicago, Berlin, London and, since 2013, with the one of Tokyo, the most famous worldwide due to the amount of participants.

"This latest edition of Marabana was attended by some 5.000 runners from 48 countries, "Carlos Gattorno, head organizer of the marathon, told ACN.

Havana will be celebrating its 500th anniversary on November 19, 2019, so Marabana 33rd edition will be a major feast and the organizers are already promoting next year race including weather forecast which includes temperatures at the time of around 23 Celsius degrees, with the almost assured presence of the sun.

The promo also boasts about the option to run several kilometers from Havana's Malecon, the Revolution Square and sites of varied architecture which are a plus for a contest that annually increases the number of attendees, now sponsored by Global Port.

Although www.diariodeunamaraton.com does not say the criteria they use for such quality affirmation, the truth is that they include Marabana among the 17 best marathons in the world, as well as those of Athens, Barcelona, Madrid, Mexico City, Miami, Paris, the North Pole, Rome and Washington DC.