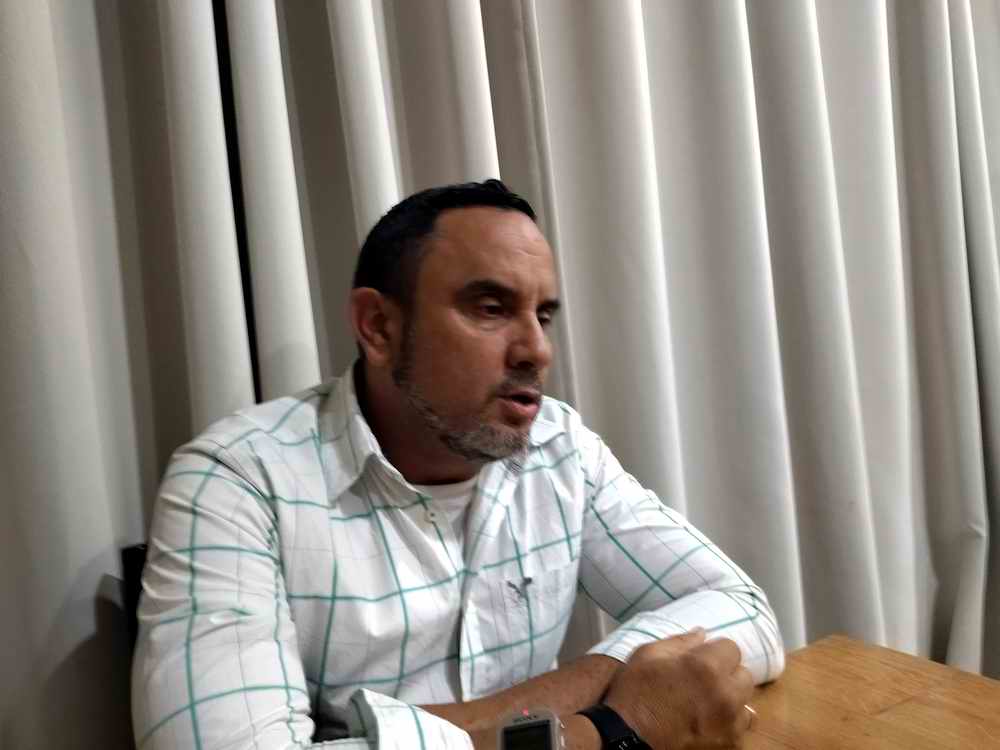 The week that is about to end has not brought good news for the Cuban Baseball. The poor performance carried out by the team that represented us in Haarlem was joined by the announcement of the names that the six teams will have in the Elite Baseball League and this immediately fueled controversy among the followers of our national sport.

The fans have many doubts, especially regarding the methodology used to choose the identification that the teams will have in that new tournament. There is also the question about the Under-23 National Baseball Series, which is a tournament for which the provinces have been preparing for quite some time.

That is why; we decided to speak to Juan Reinaldo Pérez Pardo, who is the President of the Cuban Baseball Federation, who agreed to talk so that to clarify some of these issues that have been the target of constant criticism, especially on social networks.

“We consider that those initial names that were given to the Cuban baseball page, four of them got more than 50% of the votes (Tabacaleros, centrales, ganaderos and cafetaleros). We had the option to propose names and more than 100 proposals emerged in each case”. He stated.

“We then placed three proposals for each team, which only lasted one day. Due to a claim from the fans themselves, they asked us why those first names were not approved as they had the support by the majority in the related survey”. He said.

The biggest controversy was raised by the names given to Industriales-Mayabeque (Portuarios) Teams and Las Tunas-Granma (Agricultores) Teams.

“We included the four names and we decided to find the way we would call these two groups. As part of the working session by considering the opinion of the members of the National Commission and taking into account that they were among the population´s proposals, so we leaned towards those names”. He said.

Almendares and Centauros were also names accepted, but we sought to keep the same line of selection with elements that would identify the unity of those territories”. He said.

Juan Reinaldo Pérez referred to the issue of the Baseball Elite League that will not take place next year and the topic related to the 62nd National Baseball Series that will not start until September 2023.

“We are living atypical times; we have to take into account what our critical path will be for the upcoming months. As a result of popular consultation, a strategy emerged and it suggests that the National Baseball Series, which is our main pastime, should be played in what is called winter in the Baseball Leagues areas”. He said.

It is the date on which the provinces will be least affected by the contracts. If we place it in what is called a summer tournament from April, then we would experience what happen to us at the 61st Baseball Series. This year we will carry out the Baseball Elite League starting in October to have a training continuity for the international events of the year 2023”. He stated.

The National Baseball Commissioner explained the reason for the postponement of the beginning of the Under-23 Baseball Series.

“Everyone knows the complex economic situation that the country is experiencing, we have problems with the insurance issue and that is why it is being analyzed by the INDER´s management, running this championship on a subsequent date. In none of the other variants, we plan to suspend this event”. He stated.

Pérez Pardo valued the performance carried out by the Cuban team that ranked 5th in the Haarlem baseball week:

“Firstly, the Granma team won its participation in an international contest. It is no secret to anyone that this team has weakened with respect to the one that won in the 60th Series due to the exit of athletes to fulfill related contracts and the abandonment in other cases”.

“Regarding the approval of the province, we decided to reinforce it with some players who stood out in the championship. This tournament is quite strong and we also have to keep in mind that we are not talking about a national team with which we attended the Netherlands”. He stated.

“The President of the Cuban Federation confirmed that for the V World Baseball Classic they will try to make the most very likely competitive team, which could also include players who reside abroad”. He said.

“We are working on being able to call athletes who are not in Cuba today and who are fully willing to play for their country and their flag, and the fact that they were committed to their team, above all. We would like to have a competitive team in the Baseball Classic tournament, capable of carrying out a good baseball performance”. He said.