A Legal Norm to Improve the Agricultural Seeds 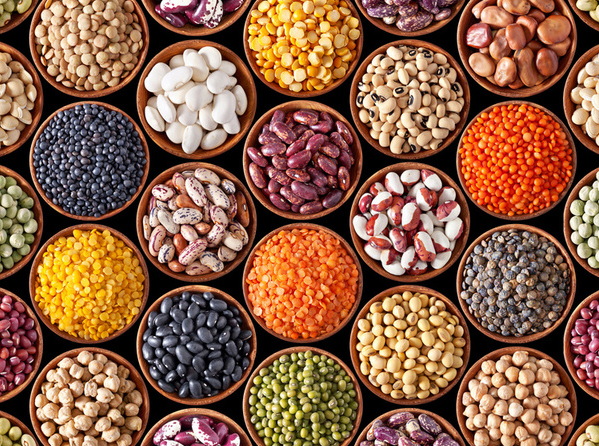 Rolando Quincoses who is the Master and director of Seddlings and Genetical Resources of the local MINAGRI institute highlighted that the new legal norms will guarantee the technological platform to preserve and producing seeds with a high agricultural and forest quality in order to increase the crops´ proper yielding.

Since the approval of the seeds policy in the year 2018, and as part of the regulatory frame that was recently approved for it. They are focused on recuing all the related productive system nationwide in order to attain high-level seeds for all the groups of crops which could have a direct impact on the crop´s yielding, and increasing the food production.

The seeds production was very deteriorated in the 90`s due to the economic crisis experienced during that recession, locally known as Periodo Especial, and it was due the lack of agricultural inputs, technologies, related equipment and other resources which are affected by the economic blockade imposed by the U.S. government.

The expert also highlighted the work that is currently being carried out in order to promote and develop the national varieties which provides sovereignty, as well as having all the seeds that are needed for the nation.  That is why, there are productive platforms, researching institutes, the producers who have enough experiences.

At the moment, the researching institutes are comprehensible rescused, the related improvements, the biological factories producing more lasting and resistant seeds. This program has well-defined objectives and parameters until 2030.

In addition, comprehensible plans are being carried out to be able to develop groups of crops which are needed to substitute importations and exporting high-level seeds.

An example of those results is the rice that achieved the 10 percent of the seeds; investments have been made in plants with benefits that have an increase in the yielding of two tons that have increased up to four tons per hectare in spite of that production which have had affectations in the last years due to the lack of productive agricultural inputs.

The tobacco is another of the crops that has improved its yielding due to its high-level seedlings which have the 10 percent certified through the coffee and tobacco, the corn with six new varieties, including the transgenic seeds to be used as animal food, and we have a program of 170 hectares in this cold season.

Another strategy is about the implementing of seeds with proper genetic quality for beans.

It is still needed to find better seeds for all pastures, more efficient vegetables. There are programs to solve those problems among the productive forms and related researches.

The productive platforms and the scientific centers, as well as producers are efficient practices in the agricultural and forest seed production which should work together to attain certified seeds because they guarantee results.

There is a specialized seed production system and another non-conventional one that is promoted in the courtyards, producers and organiponic which have keep giving answers to the main identified problems.  However, there are many aspects to be solved: there are only 60 % of the seeds certified in Cuba and the plan is 85 or 90 %. This way, we should recover and creating the human resources, redistributing them better and implementing the science and technique as part of the process.

The new policy has defined 19 principles to rescue the Comprehensive System of Genetic Resources and Seeds; besides, the Goals point out until the year 2030, and the parameters to be measured annually through the implementation of it.

The schedule for the implementation of the Genetic Resources and Seeds Policy includes 33 actions where they are defined the dates for their fulfillment, the liable ones and participants from each of them.

Along with this policy on the Genetic and Seed Resources, it is implemented the guideline number 160 of the Economic and Social politics for the 2016-2021 period in respect of the following themes:

It is essential importance the varieties which are being planted in the related centers where the seeds have to be for 40 days when they are imported by the nation, and apart from that aspect, the characteristics and the adaptations into our conditions.

The local Grupo Temporal de Trabajo (Temporary Working Group) that was made of representatives from the local MINAG, MES, CITMA, AZCUBA, ANAP, the National Union of Agricultural and Forest Workers, along with the productive platforms.

Another of the goals is about reaching the productive potential of $ 35 million of related plants per year for 2030.

Consolidating the improvement of those programs in the agricultural and forest crops, achieving the use of 10% of the obtained varieties, and achieving the inspections and certification of the 100 % of areas conceived for the seeds productions.

Other goals lie on preserving the 90% of the vegetable species, the 100 % of the stored characterized genetic material and having the 100% of the certified seeds, as well as achieving the inclusion of the use of the 10% of the varieties and hybrids annually validated.

Rolando Quincoses Arteaga who is the director of Seeds and Genetic Resources of the MINAGRI stated that there would be seeds stores of different crops, already in use by the nation´s productive system, and it is reaffirmed the legal enforceability about the condition of the seeds during the receipt, benefit and bottling, along with the established data. Moreover, the legal norm defines that the labs should determine the quality of the seeds.

Regarding the seed transportation, storing and quality process, the requests to be fulfilled by the responsible for doing them are defined, and the procedures for the State-run system inspect the centers and making fulfilling what it is established are in force.

It is defined the legal enforceability in respect of making official the contracts among the involved parts in each stage of the process which includes the production, harvest, benefit, transportation, storing and trading of them. It is established the procedure for the handle and use of the donating plants in the related biological factories. It is indicated the diversification of the biological plants as one of the ways to improve the seed´s quality.

It is the responsible of the Agricultural Ministry to decide the level of commercial sowing and the definition on the location of the areas which are being planted annually from the genetically modified varieties.  The seeds related analysis is implemented since some years ago. The decree defines the procedure to be fulfilled, and the level of responsibility of the state-run and business seed system.

It is established as a principle for the seed importation the result on the analysis carried out in time, and it requires the approval from the competent authorities.

The seed importation of non-registered varieties of them, which was destined to their study, validation or incorporation to the variety improvement, requires the previous approval from the local Seed and Genetic Resources.

The seed production and certifying process of the different crops establish the following categories:

It is defined the structure of the agricultural and forest production, including pastures and protein plants.

Nurseries, seedbeds and other crop ones dedicated to the seed obtaining and seed stores of different crops of the nation´s productive system.

The new legal norms will be in force on February 8th, and they will contribute to the seed production and promotion of more resistant by having a much better quality due to these programs are strategic for the nation´s food production.