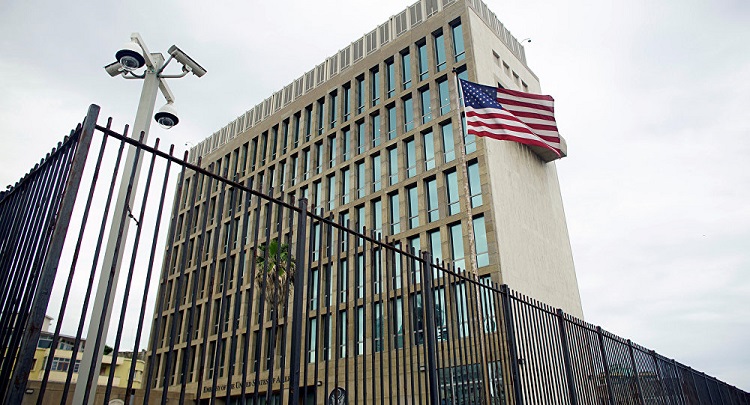 The U.S. embassy in Havana has a leading role in destabilizing actions,  denounced the antiwar.com website.

The online publication quoted U.S. scholar William LeoGrande, who reported that the diplomatic venue "has taken a leadership role in supporting dissident activists, pushing the boundaries of what is normally allowed under the Vienna Convention on Diplomatic Relations."

LeoGrande warned that "the United States and Cuba are on a collision course over U.S. diplomats' support for "democracy promotion" programs," antiwar.com quoted him as saying.

The publication pointed out that the intervention against the Caribbean nation "is reminiscent of previous bad times between the United States and Cuba.

In Back Channel to Cuba, LeoGrande and Peter Kornbluh stated that, under George W. Bush, funding for democracy promotion in Cuba not only skyrocketed, but it was the U.S. Interests Section in Havana that "spearheaded this expanded support for opposition to the regime."

Support for dissidents, he pointed out, supplanted diplomatic communication as the Interests Section's primary mission.

A report by Ted Snider, a senior analyst of U.S. foreign policy and history, indicated that President Joe Biden is "ushering in a new era of ruthless diplomacy" as part of the aggression against Latin America, considered by Washington as its backyard.

In developing its foreign policy, the White House apparently does not include Latin America and recently, Washington unleashed a series of aggressive moves throughout the region, he remarked.