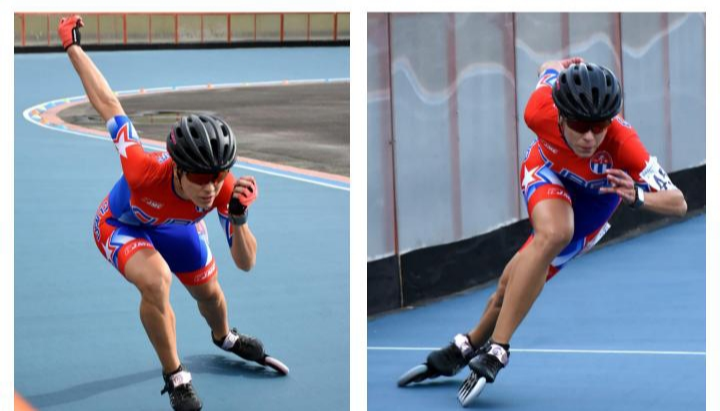 Cuban Adriana Cantillo continues to "fly" in every outing on the track at the World Skating Championships in Ibagué (Colombia). Now she finished seventh in the 100 meters and secured her qualification for the World Games, an unprecedented event for the sport on the island.

At the age of 24, the Havana native has made history for Cuban skating in each of her performances: tenth in the 200 m, eighth in the 500 m and seventh in the 100 m, with four national records in the first two events.

In the 100 m, Adriana scored 11.009 sec. in the semifinals, in a heat won by the Colombian out-of-series Geiny Pájaro, the eventual gold medalist.

"With her performance in the 100, where she was close to her national record of 10.997 seconds, in addition to achieving again Cuba's best result in world championships, she secured a place for the World Games, scheduled for July 2022 in Alabama, United States," Fernando Tomasevich, head of the Cuban delegation to the world championships, told Radio Habana Cuba from the headquarters, Fernando Tomasevich.

"To attend the World Games - non-Olympic sports - the three best races of each skater are averaged and today Adriana is in the top-ten in the world in all of them," the federation official said.

Cantillo will close her world championship performance this Friday with the 400m circuit lap, which is not her specialty, but she will also seek to be included among the top 10 in the world, he said.

In addition to Cantillo, the Cuban delegation to the world championships is made up of three other skaters, two of them qualified for the I Pan American Junior Games Cali-Valle-2021, also in Colombia.

Around 340 skaters from 38 countries are competing in the Ibagué world championship.