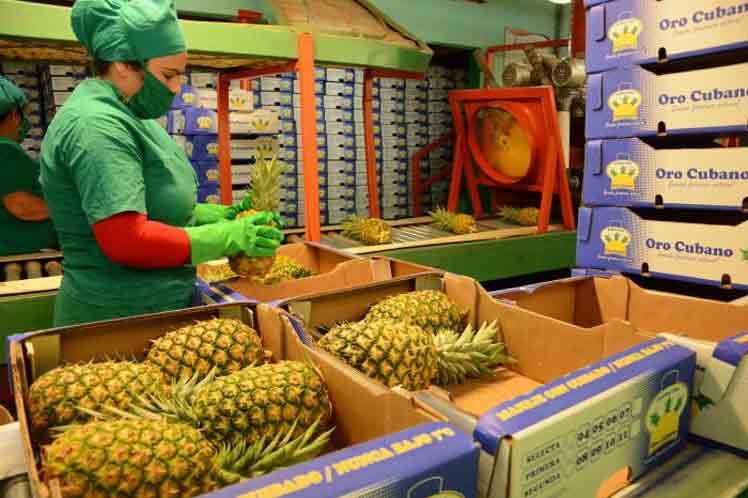 One of the most interesting and radical aspects that are part of the local Tarea Ordenamiento (economical internal order) takes place inside the enterprises in spite of they have not the same image or public impact that other more debated aspects such as the prices and the retail market and other basic services.

This is because the enterprise improvement is precisely part of the essential reasons of the unit of currency process to correct the mistakes that the monetary duality caused and rooted in terms of accounting, finances, economic efficiency, exporting and importing processes, including the more usual aspects for workers such as the salary systems and its incentives, dining rooms for workers, among others.

The increase of the basic salary in comparison with the real purchasing power of the Cuban Peso currency, the three-month distribution of profits, the lunch´s price and other internal services that the workers get are part of the related debates at present.

Nevertheless, the measures that each enterprise should apply to get an efficient performance in the new circumstances are also part of aspects that we just mentioned.

Higher established expenses, the increasing importing prices and the incentive for the export of goods or the sale in hard-currency inside our borders, the readjustment of the prices which are collected to the suppliers and services creditor that impact on the costs, and the creation of their own prices under strict rules to reduce the inflationary effect are only a small detail of the many factors that the entrepreneurs should assume now by adjusting and seeing the way they evolve so that introducing the necessary corrections for the proper economic health of each entity.

In addition, they do not lack the related tools to face that challenge. The more than 40 economic measures of the last year were approved for the strengthening of the state-run enterprise and they cleared the majority of the obstacles that were still restricting their autonomy in many aspects.

It is also true that learning and putting into practice all those new opportunities may be complex in the middle of a very complex and deep process such as the economical internal order, given it itself implies many tensions and learning, along with effects in the mid and long runs that many management teams don’t have yet, and have not perhaps clearly enough them all.

There is also a state commitment in terms of enabling that transit. Therefore, the protections and guarantees are scheduled as much as possible without meaning a setback to the state overprotection or the permissiveness before the inefficiency. Moreover, it is also impossible to find that successful path. There are examples of entities with projections and enriching ideas which will look for taking advantage of that transforming context.

Given them voice and participation in that enterprise´s restructuration to its workers, it can contribute much more in terms of enabling the productive forces, as well as eliminate any obstacle which might appears in such changing period where it would be necessary to do it fast with the same and very likely mistakes of that path. This all is in order to strengthen and organize at the same time.