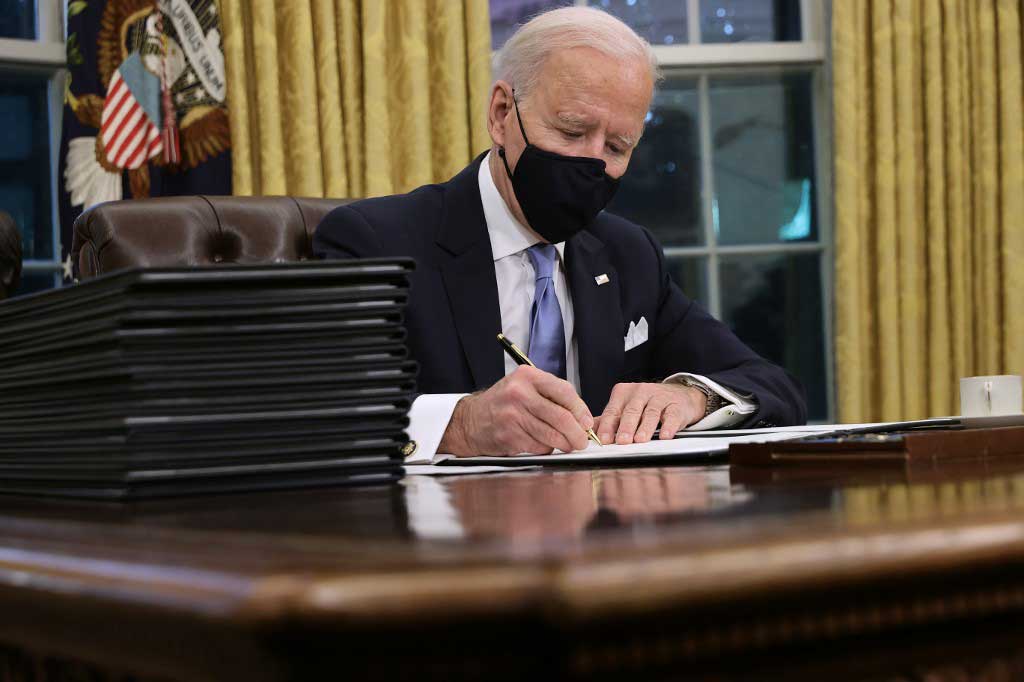 U.S. President Joe Biden took steps to return the United States to the international Paris Agreement to fight climate change on Wednesday, the centerpiece of a raft of day-one executive orders aimed at restoring U.S. leadership in combating global warming.

Biden’s actions will also include a sweeping order to review all of former President Donald Trump’s actions weakening climate change protections, the revocation of a vital permit for TC Energy’s Keystone XL oil pipeline project from Canada, and a moratorium on oil and gas leasing activities in the Arctic National Wildlife Refuge that Trump’s administration had recently opened to development, Biden aides said.

The orders will mark the start of a major policy reversal in the world’s second-largest greenhouse gas emitter behind China, after four years during which Trump’s administration pilloried climate science and rolled back environmental regulation to maximise fossil fuel development.

Biden has promised to put the United States on a track to net-zero emissions by 2050 to match the steep and swift global cuts that scientists say are needed to avoid the most devastating effects of global warming, using curbs on fossil fuels and massive investments in clean energy.

The path will not be easy, though, with political divisions in the United States, opposition from fossil fuel companies, and wary international partners concerned about US policy shifts obstructing the way.

“We got off-track very severely for the last four years with a climate denier in the Oval Office,” said John Podesta, an adviser to former President Barack Obama who helped craft the 2015 Paris Agreement.  “We enter the international arena with a credibility deficit.” 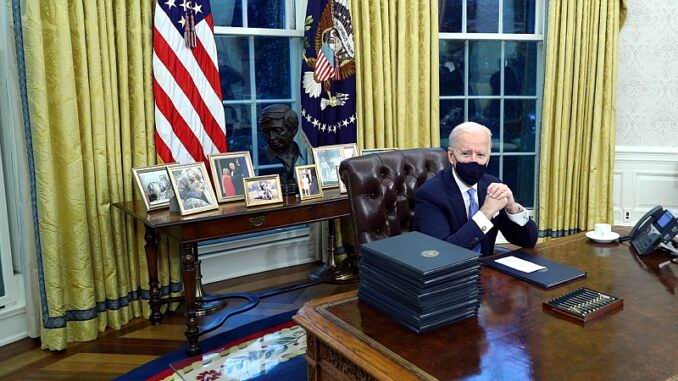 Biden’s orders will also require government agencies to consider revising vehicle fuel efficiency standards and methane emissions curbs and to study the possibility of re-expanding the boundaries of wilderness national monuments that had been reduced in size by the Trump administration.

Alaska Governor Mike Dunleavy slammed Biden’s decision to shut down oil and gas work in the Arctic National Wildlife Refuge, saying the new president “appears to be making good on his promise to turn Alaska into a large national park.”

Global counterparts and climate advocates welcomed Washington’s return to cooperation on climate change but expressed some scepticism about its staying power and its ability to overcome domestic political turmoil.

Trump withdrew the United States from the 2015 Paris deal late last year, arguing it was too costly to the US economy and swept away scores of environmental protections he saw as onerous to drillers, miners and manufacturers.

“The United States continues to be the one and only country that has withdrawn from the Paris Agreement, making it, frankly, the pariah of this multilateral agreement,” former UN climate chief Christiana Figueres, told Reuters news agency.  Biden can regain U.S. credibility by “doing the domestic homework” of ambitious climate action at home.

Brian Deese, Biden’s incoming director of the National Economic Council, told Reuters news agency that the U.S. hopes to encourage other big emitters to also “push their ambition, even as we have to demonstrate our ability to come back on the stage and show leadership”.

Hua Chunying, a spokeswoman for China’s foreign ministry, said China, the world’s top carbon emitter, looks forward to the return of the U.S. to the Paris pact.

Biden has tapped former Secretary of State John Kerry as his international climate envoy and is expected to set up a meeting in the coming weeks with global counterparts.