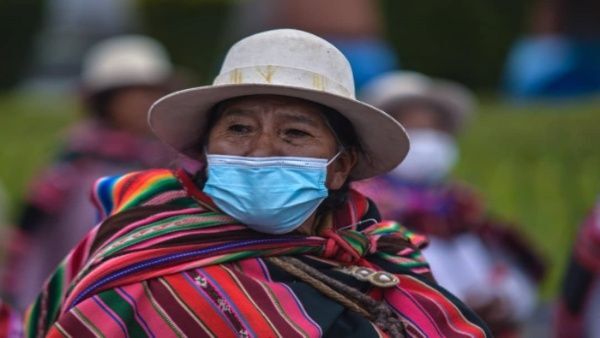 In Bolivia, some 20 relatives of those killed, wounded and detained during the Senkata massacre in November 2019 begin a hunger strike this Monday due to the paralysis of commitments and actions previously defined to advance in the search for justice.

The human rights activist from the city of El Alto, David Inca, expressed himself in these terms, warning that the condition for dialogue is "to comply with the commitments."  The government authorities and the victims were scheduled to meet last Friday in El Alto to discuss the agreements reached and which, up to this moment, have not been fulfilled.

According to Inca, nine Bolivian ministries were to attend, which encompass various fields of action for the reparation of the victims, such as Defense, which had to report on the military involved in the repression of the protests, or Economy, for the economic compensations that they proposed to the Executive of Luis Arce.

The Interdisciplinary Group of Independent Experts (GIEI), a body created through an agreement between the Inter-American Commission on Human Rights (IACHR) and the new government of Arce, has pointed out in a report that "the security forces reacted with disproportionate use of violence" during the protests.

This disproportionate use of force, says the group of experts, is responsible for the death of ten people, as well as for the damage and injuries to at least 78 others, and has stressed that although the Armed Forces and the Police have always denied the use of lethal weapons, the evidence collected indicates that the gunfire originated from their troops.

During the weeks following the coup d'état against Evo Morales and the illegal self-proclamation of Jeanine Áñez as de facto president, there were strong protests and mobilizations against these two episodes, with the massacres of Sacaba, in La Paz, and Senkata, in El Alto, as the most fatal episodes, in which twenty people died as a result of the repression of the Army and the Police and nearly 200 were wounded.

The protest of the relatives and victims comes, however, when retired Rear Admiral Aldo Bravo was transferred to the Prosecutor's Office of La Paz to testify about the Senkata massacre. Bravo was an inspector of the Armed Forces at the time.