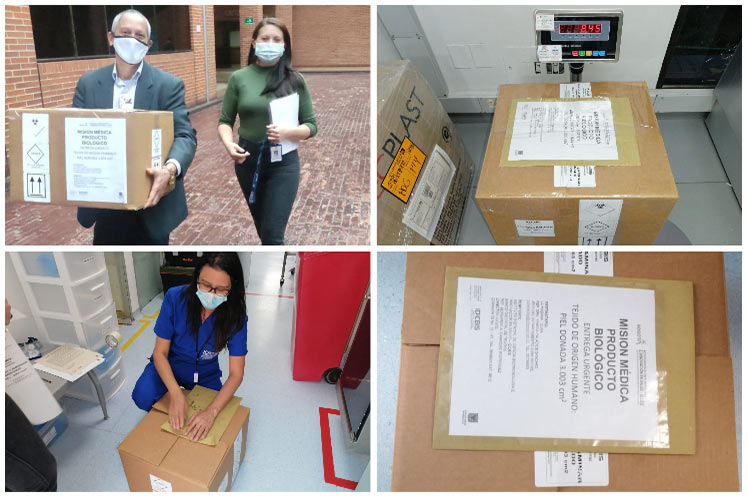 Colombia donated to Cuba 3,000 square centimeters of human skin to attend to victims of the fire in Matanzas, which left 16 dead and 146 injured, 17 of whom are still hospitalized.

The Colombian Ministry of Health and Social Protection, the Cuban Vice-Ministry of Health, the Cuban Embassy in Colombia, and  Bogota's Tissue Bank of the District Institute of Science, Biotechnology, and Innovation in Health (IDCBIS) were involved in the effort.

According to Prensa Latina, the IDCBIS currently has the only multipurpose Tissue Bank in Colombia, which favors access to the most vulnerable population in need of transplants.

The Colombian Minister of Health, Carolina Corcho, valued the work of the team that achieved the donation and assured the Cuban ambassador to Colombia, Javier Caamaño, that this act of solidarity is aimed at "establishing a dialogue of knowledge with you."

In this regard, Caamaño assured that one of the virtues of the Cuban people is that they are "very grateful" and acknowledged that Minister Corcho was the first to contact him to offer Colombia's services and capabilities to support  Cuba in its emergency.

Prensa Latina pointed out that once this donation was known, members of the Association of Cubans Residing in Colombia and the Movement of Solidarity with Cuba expressed their interest in financing the shipment.

However, "Copa Airlines and Wingo, which is its partner, decided to cover, also as a donation, the shipment of this skin for our patients in Cuba," said the ambassador.