Council of State evaluates the implementation of programs in Cuba 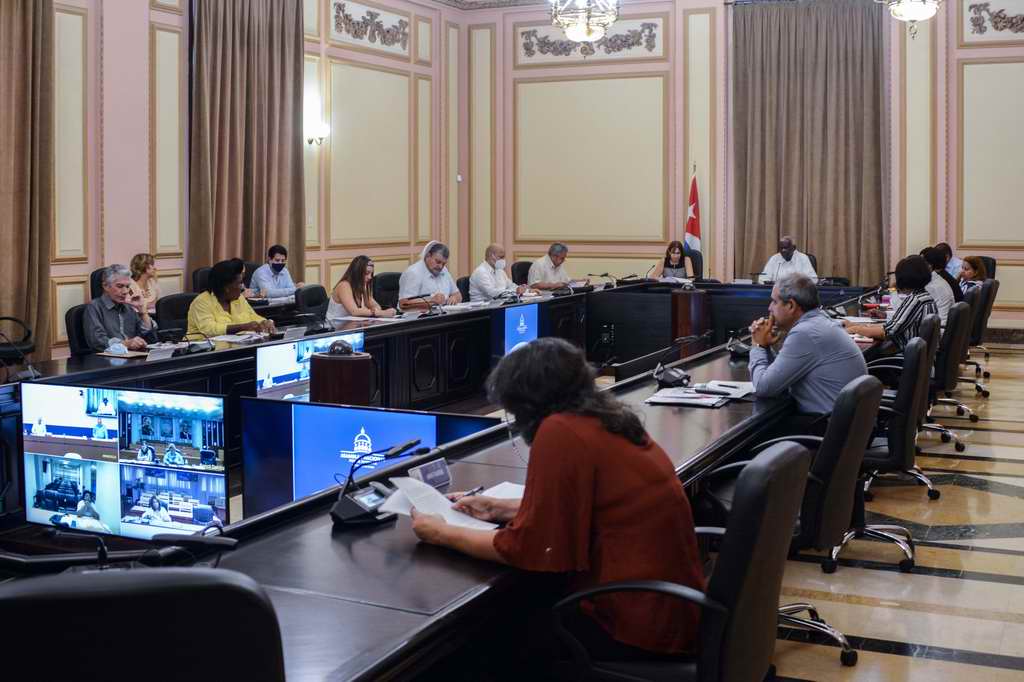 Cuba's Council of State assessed the performance of regulations in important country programs related to agriculture, telecommunications, and housing in a session attended by the President of the Republic Miguel Díaz-Canel.

During the meeting headed by the President of the body, Esteban Lazo, those present followed up on the application of the Animal Welfare Decree-Law and the measures for the recovery of cattle farming.

According to the National Assembly of People's Power (Parliament) website, authorities reported on proposals for the establishment of care and shelter centers for abandoned or stray domestic animals and rehabilitation and rescue centers for wild species.

The Minister of Agriculture, Ydael Pérez Brito, and the head of the Agrifood Commission of the Cuban Legislative, Ramón Aguilar Betancourt, also stressed the steps to include animal welfare issues in educational levels while recalling the fairs held to promote animal protection.

Another item of the day was the report on compliance with Decree-Law No. 35 on Telecommunications, Information and Communication Technologies and the Use of the Radio Spectrum, dated April 13, 2021.

Wilfredo González Vidal, First Deputy Minister of Communications, and María del Carmen Concepción González, President of the Parliamentary Services Commission, agreed on the importance of this regulatory provision and pointed out that 7.5 million Cubans have access to the Internet by the end of 2021.

Likewise, they referred to the need to speed up the transition from analog to digital television, ensure that each new settlement or community has all communications services, and prepare citizens regarding cybersecurity and ethics in social networks.

During the meeting, Esteban Lazo insisted on the relevance of promoting popular participation, local initiatives, the confrontation of problems, and the development of an efficient policy that guarantees the construction and maintenance of housing.

In addition, those present at the meeting received information on the functioning of the Municipal Assemblies of People's Power in Havana.