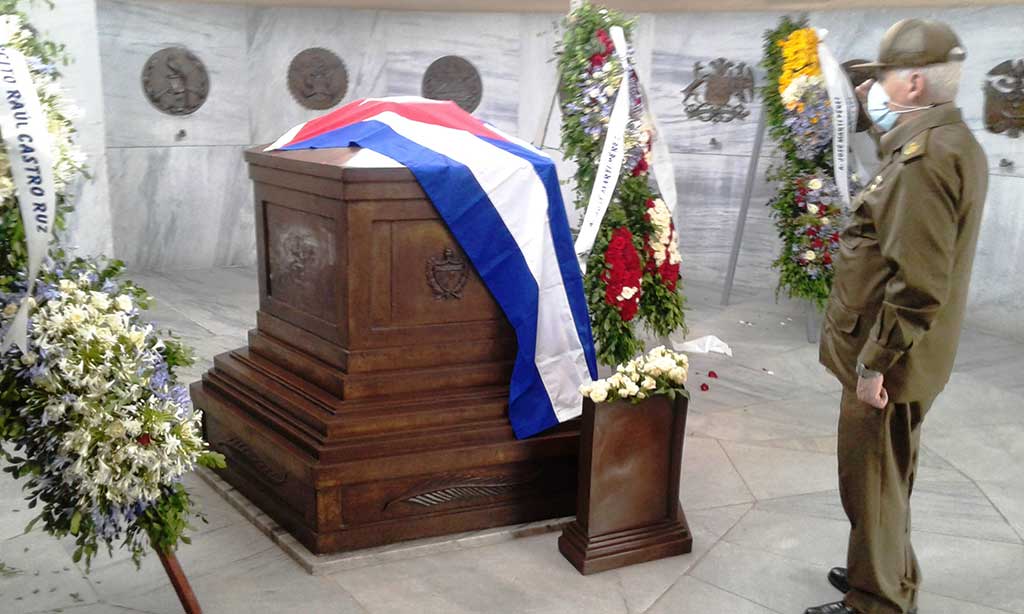 Cuba commemorates Thursday the 127th anniversary of the fall in combat of National Hero José Martí,  organizer and initiator of what he called the war necessary to break the island's submission to the Spanish colonial yoke.

The poet, essayist, journalist, and founder of the Cuban Revolutionary Party,  considered the Apostle of the nation's independence, met his death in the plains of Dos Rios, Oriente, when in his first confrontation, he was hit by close enemy gunfire.

In the mausoleum that keeps his remains in the patrimonial cemetery Santa Ifigenia in Santiago de Cuba, floral offerings were deposited in the morning on behalf of the leader of the Revolution, Raul Castro, President Miguel Diaz-Canel Bermudez, the President of the Parliament, Esteban Lazo and on behalf of the people.

His early physical demise meant a hard blow for the revolution initiated on February 24, 1895. Still, his virtues and emancipatory, Latin Americanist, and anti-imperialist legacy transcended in Cuba's struggles for its definitive independence.

"Death is not true when the work of life has been well accomplished, the thinking skull turns to dust, but the ideas that were elaborated in it live perpetually and bear fruit," he wrote.

Martí was a Cuban of universal projection who transcended the frontiers of his time and became the most significant Latin American political thinker of the 19th century.

His high culture and special sensitivity allowed him to leave, at the age of 42, a vast written work of singular style and beauty, which is an essential reference for all generations of Cubans.