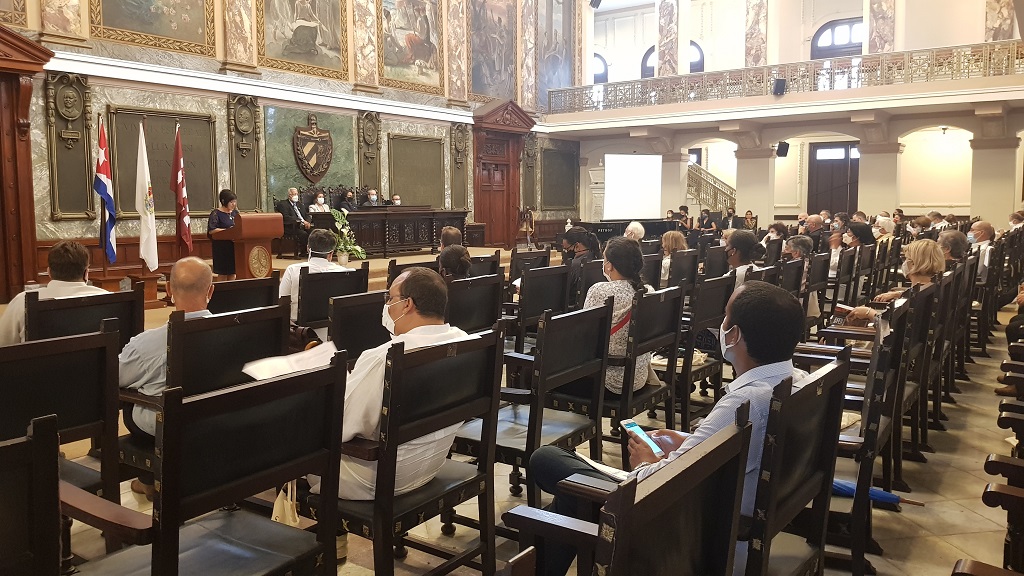 Economy, technology and sustainable development will be the issues today in the workshop 'Sciences in the construction of Cuban society and culture,' which brings together specialists from these branches.

BioCubaFarma advisor Dr. Agustin Lage Davila will be the coordinator of this first debate starting Tuesday through Friday, November 6, at the University of Havana (UH). Doctors Jorge Nuñez Jover, president of the Science, Technology and Society Chair and president of the Local Development Network at UH; and Juan Triana Cordovi, professor at the Center for the Study of the Cuban Economy at UH, are also among the participants.

According to the organizers, the meeting aims to build proposals for decision-making in pursuit of the development of Cuban society; so that those objectives will be the starting point for a final document with the participants' contributions.

Science in Cuba, its realities, projections and trends, as well as its connection with education, culture and the economy will be analyzed from several disciplines.

The workshop marks the 25th anniversary of the Don Fernando Ortiz Casa de Altos Estudios interdisciplinary center. This institution is dedicated to teach and study the 19th-century Cuban classical thinkers.