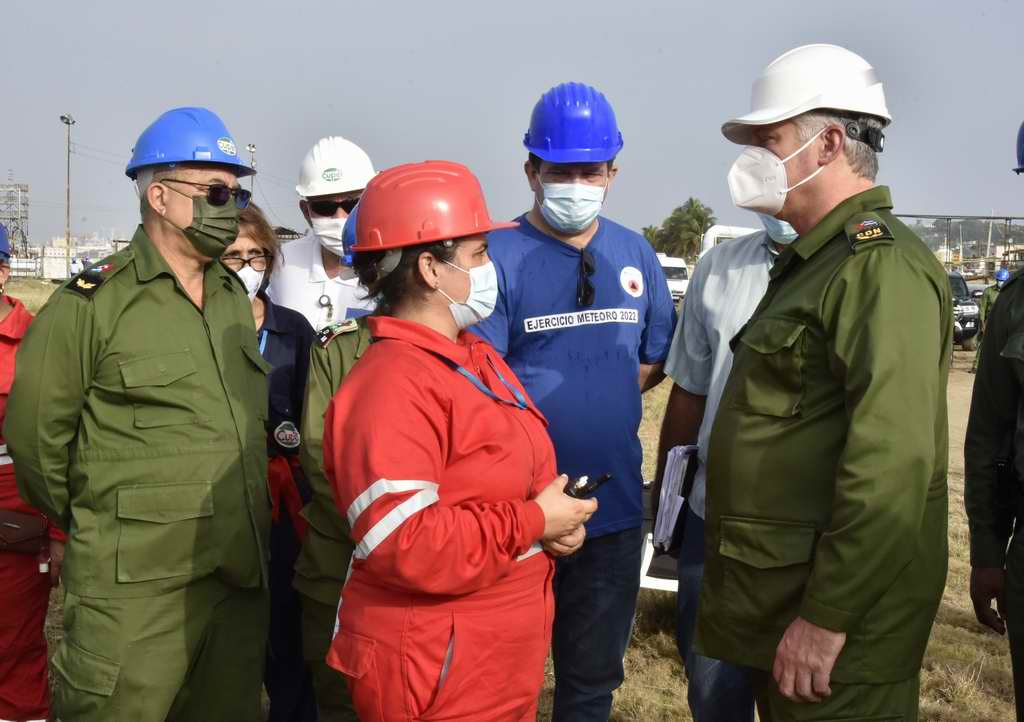 On Sunday, the President of Cuba's National Defense Council, Miguel Díaz-Canel,  attended a gas leak drill as part of the popular exercise of actions in disaster situations Meteoro 2022.

At Empresa Cubana de Gas S.A., located in the Cuban capital, on Sunday, he checked the preparedness of the personnel who simulated a leak from a 10-kilogram cylinder in a flatbed truck.

Together with the Prime Minister, Manuel Marrero, he learned about the process of responding to such an accident.

Among the steps to be followed in case of emergency, the company's general manager, Lázara Inés Soria, pointed out that the alarm and the evacuation system are activated with the company's means.

She said that the area is quickly cooled down, and the rapid arrival of the refinery's firefighters from Fire Command 16 is expected.

From what was seen on this second and last day of Meteoro, the Cuban President witnessed the readiness for disaster risk reduction in this gas company that supplies the western provinces of Havana, Mayabeque and Artemisa.

Actions all over Cuba also included the follow-up and assessment of the status of the Disaster Risk Reduction Plans.

On the first day of the drill worked on insurance for responses to the current drought and forest fires and protection measures for the population, the economy, and the non-state sector.

The President of the National Defense Council, Miguel Díaz-Canel, was briefed on the forecast of the behavior of the next hurricane season.

Meanwhile, the Chief of the National Civil Defense Staff, Major General Ramón Pardo, affirmed that the knowledge acquired in each Meteor makes it necessary to improve management, based on local capabilities.