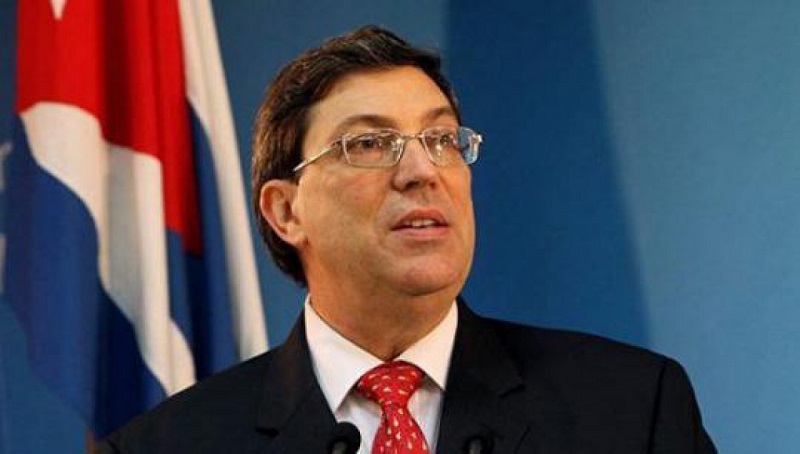 Addressing the Virtual Special Meeting of Foreign Ministers of the Ibero-American Conference, the Island's top diplomat said that groups and individuals based in US territory, some with links to terrorist activities, openly promote the commission of acts of sabotage, violence, and contempt for the law in Cuba."

Rodriguez also rejected the aggressiveness of the United States against the Island, stepped up in the last years with the economic war, which now is trying dangerous attempts to promote social and political instability.

Likewise, he condemned the personal interference of the United States Chargé d'Affaires in Cuba, Timothy Zuñiga-Brown, in promoting an alleged hunger strike, in violating the sanitary quarantine norms established for the covid-19 pandemic, and in transporting and supporting the participants of this provocation.

"This is a flagrant and unacceptable interference in the internal affairs of our country, which the Cuban government does not tolerate from the United States, or anyone else," he stressed.

During his speech, the Foreign Minister talked about the importance of promoting innovation and the connection between academia, science, and decision-makers and facilitating access to funding sources and technology transfer from developed countries to advance towards sustainable development.

He reiterated the Island's solidarity with the Bolivarian Republic of Venezuela and its legitimate President Nicolás Maduro Moros.

The Minister also commented on how government management, scientific research, Cuban biopharmaceutical products, and the inclusive, free, and universal health system have been essential in recovering 87% of the people infected with covid-19. "We have two vaccination candidates in a clinical trial phase, and our scientists are working in two others," he said.

He also referred to the modest efforts made by the Island to combat the pandemic in 39 nations and territories, with 53 medical brigades added to those that had previously served in 59 countries.