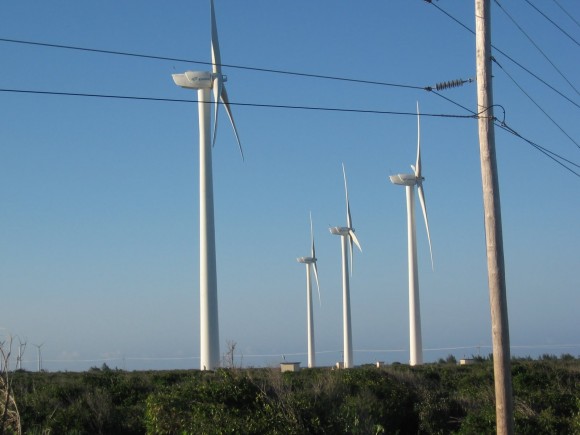 In Cuba, one of the strategic lines of the development plan towards 2030 is focused on achieving energy sovereignty. This is vital because 95% of the current energy matrix is made up of fossil fuels, more than half come from imports, and to a lesser extent from renewable energy sources.

Today in the world a barrel of oil is around $ 65 dollars, according to data from the Organization of Petroleum Exporting Countries (OPEC), with a marked upward trend since the beginning of 2021 and an estimated growth of up to $ 75 dollars, in what remains of the year. However, the price could triple for the Cuban market.

Without wishing to be repetitive, we must mention the North American economic blockade, which persecutes and harasses shipping companies, just like the former pirates and corsairs that roamed the Caribbean Sea.

If we go back to the energy crisis at the end of 2019, which left more than one Cuban in suspense, almost paralyzed the country.

On that occasion, under strong pressure from the Donald Trump administration, public transport was affected, productive activities were paralyzed and a more efficient planning of the means of transport was advocated, and it was even possible to avoid fluid interruptions, in terms of the electricity to the residential sector. Such arguments serve to reaffirm the idea; we cannot depend so much on external factors and the whims of our closest neighbor.

The government of Cuba expresses a political will to promote the development of renewable energy sources and the rational use of energy.

The decree Law 345 issued in November 2019 establishes the regulations around the subject, it could mention the inclusion of investments in the economy plan for the non-state sector and the related to scientific research and technological innovation.

Likewise, the development plan towards 2030 and the economic strategy foresees a progressive substitution of the fossil fuels used in generation, from progressively reaching 37% by renewable energy sources.

The country currently has 72 photovoltaic solar parks in all the country's provinces, due to the homogeneity of solar radiation on the island, four wind farms in operation, and the incorporation of another three is expected. Add to this, the construction and operation of three bioelectric plants associated with sugar plants, such as the Ciro Redondo one in Ciego de Ávila province, which contributes 62 MW, with very good results to date.

Another element that is being worked on to support the implementation of the policy is the participation of the national industry in the manufacture of photovoltaic modules and support structures. I could mention the ´Ernesto Che Guevara´ factory in Pinar del Rio province and the electronics group, along with the local Boyeros Technology Park, given their advances in the manufacture of solar units benefit sectors such as hydraulic resources and agriculture.

Although it is true that productions do not supply demand, reality shows that the country is working on expanding capacities and once financing has been achieved, the response of the national industry will be much more expeditious.

In the case of Cuban universities, study centers and the Electricity Union (UNE) have developed several research projects in the search for variants that allow us to identify the potential of each of these technologies and how to access their maximum capacity.

An illustrative example is the contributions of the Institute of Meteorology in updating the solar radiation map in Cuba and in the forecast calculation of wind speeds in each of the facilities.

The University of Havana is working on the development of prototypes of a rechargeable lithium battery with materials obtained in the country; and in research on battery-based and super capacitor-based electricity storage systems in addition to the support of other non-governmental institutions such as Cuba Solar and the Biogas Users movement, which seek to promote the use of renewable energy sources and integrate it into other processes.

The benefits of renewable energies are unquestionable and for Cuba even more so, they provide us with energy efficiency, import substitution, new sources of employment and productive chains.

We cannot conclude without mentioning the contributions to the environment, but this would be the subject for another comment in which we would talk about the Life Task, the projects of Cuba as a signatory of the Paris Agreement and many other aspects.

I just leave you one piece of information, it is expected that by 2030 Cuba will stop emitting 8 tons of CO2 annually into the atmosphere.