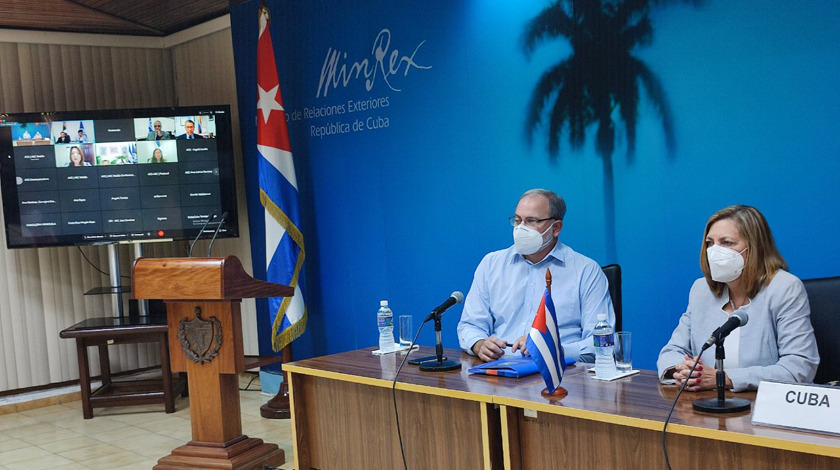 During a virtual meeting prior to the 27th Ordinary Meeting of the Council of Ministers of the Association of Caribbean States (ACS), Cuba ratified its commitment to regional cooperation and political coordination on Tuesday.

The island's Foreign Ministry reported that the session was attended by Deputy Foreign Minister Josefina Vidal and the Director-General for Latin America and the Caribbean of the organization, Eugenio Martinez.

On Twitter, Vidal noted that the united Caribbean demonstrates the unbreakable bonds that connect the region through cooperation and political agreement.

Founded on July 24, 1994, in Cartagena de Indias, Colombia, the ACS seeks to strengthen and integrate the countries of the Caribbean area to create a common economic space, preserve the sea, and promote sustainable development.

The central bodies of the Association are the General Secretariat and the Ministerial Council, and it also has five Special Committees: Trade Development and External Economic Relations; Sustainable Tourism; Transportation; Natural Disasters; and Budget and Administration.

It also has a Council of National Representatives of the Special Fund, responsible for overseeing resource mobilization efforts ad project development.