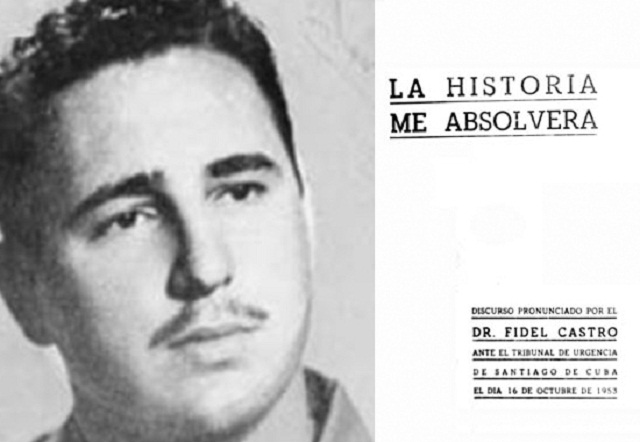 Havana.- Cuba recalls today the defense speech of young Fidel Castro after the assault on the Moncada and Carlos Manuel de Cespedes barracks in the east of the country on July 26, 1953.

In the trial held on October 16 of that year, the Cuban leader announced the projections that would characterize the political and social agenda after the rebel triumph.

His words of self-defense in Case 37 of the Court of Urgency were later collected under the title History will absolve me.

According to historical research, the manifesto is considered one of the main texts of political thought in Latin America, where Fidel Castro exposed abuses and corruption of Fulgencio Batista's tyranny (1952-1958).

In addition, he denounced the crimes committed against the imprisoned assailants, detailed the way in which the actions were planned and highlighted the thought of the national hero Jose Marti as an intellectual guide in these events.

The document contains six fundamental problems for the Cuba of that time: land, industry, housing, health, education and unemployment; at the same time it recognizes as fundamental the taking of power by the people to eradicate them.