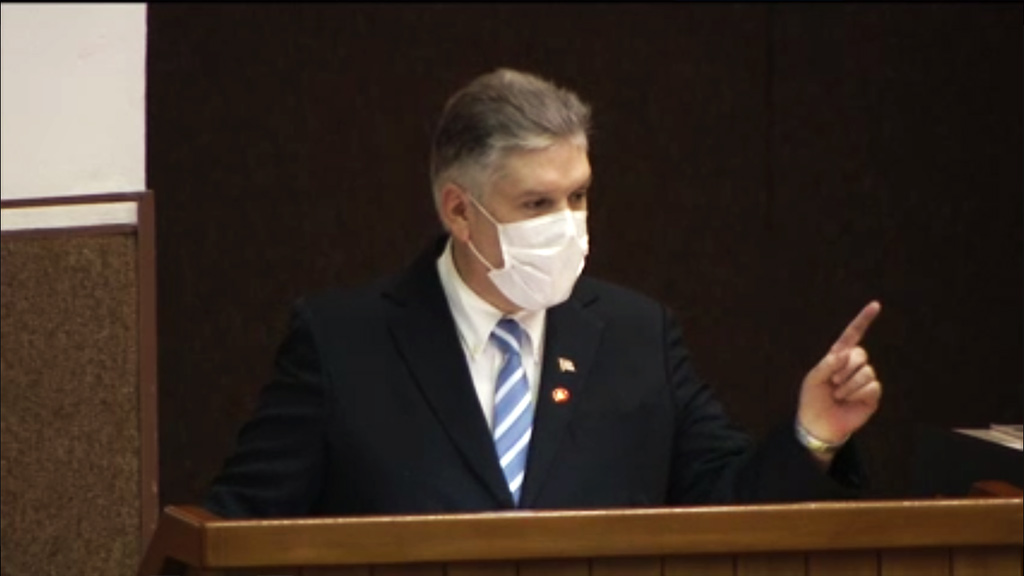 Cuba is seeking solutions to the complex global and national economic context, Vice Prime Minister Alejandro Gil said today, in an intervention in the ordinary session of Parliament.

The also head of Economy and Planning presented the deputies with the country's economic and social strategy to boost the economy and face the global crisis caused by Covid-19, which contains 16 key areas of work and 370 measures.

Among these, Gil highlighted the monetary order, on which the implementation of several of the alternatives designed depends, in addition to those related to food production, due to its impact on import substitution and the productive chain of the economy.

In this sector, the hiring of workforce by individual producers has already been made more flexible and the wholesale market has been opened in freely convertible currency, to sell inputs and equipment to the productive bases.

In addition, the deputy prime minister pointed out that they are working on the transformation of the commercialization of agricultural products. With that objective a policy has already been developed that must be presented to the Council of Ministers, he added.

Another aspect of the strategy in which progress is being made is the increase in export incentives, allowing both companies and non-state forms of management to receive monetary benefits for this activity.

It meant the approval of 15 new measures to promote the development of state-owned companies, which include making the distribution of profits more flexible, hiring own workers in activities other than those they carry out, or retirees; in addition to the creation of subsidiaries.

Gil also referred to the gradual decentralization of the economy's foreign currency financing system, to favor business management and production chains, in addition to substituting imports.

In this sense, he said that it is not only a change in procedure, but a transformation of thought and action, which requires greater responsibility, and commented that 142 companies have been incorporated so far.

He also detailed what has been done in the improvement of the non-state sector, on which he specified that it is a dynamic sector in the generation of jobs, very hit by the resurgence of the blockade and the Covid-19 pandemic.

Work is being done, said the senior official, in expanding the activities that can be carried out, facilitating procedures and the institutional legal framework of small and medium-sized enterprises.

In this regard, he emphasized that the latter cannot be an exclusive option for those who have capital, but that good ideas and projects must have space, which is why mechanisms for access to bank loans and state funds are ordered.

Likewise, non-agricultural cooperatives are expanded and the policy for territorial development was approved.