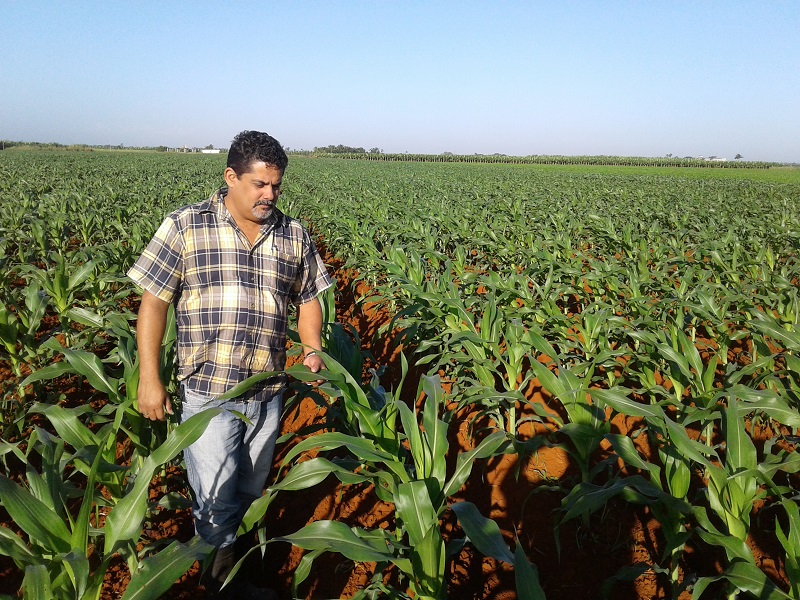 In Cuba, on average, more than 700 thousand tons of soybeans, corn and other components are imported annually for pig and poultry feed and before the difficult economic situation faced by the nation as a consequence of the COVID-19 impact and the strengthening of the US economic blockade, a strategy has been designed to reduce import levels through the increase of the related national production.

As part of the goals of the grain development program for 2012, the production of up to 300 thousand tons of corn was planned annually and that represents 37% of the related demand.

In its beginnings, that program showed an increasing tendency; however, there has been a substantial drop in the last two years, in which it barely exceeded 50 thousand tons.

The head of the local various crops department of the Ministry of Agriculture, Yojan Gracia Rodas, said that the low production levels are mainly conditioned by the lack of inputs and technological equipment. Therefore, the work on the sowing and multiplication of transgenic hybrid corn is being carried out in order to increase yields and save related resources.

“We develop together, along with the Genetic Engineering and Biotechnology Center (CIGB) the cultivation of transgenic corn.  Provinces such as Ciego de Ávila, Santi Spíritus, Cienfuegos and Matanzas work on a seed multiplication process. We have about 600 hectares for production, and some 1,400 hectares are planned for the cold season and about 500 areas for seeds. That will allow us to sow, for next year, some 15,000 or 20,000 hectares, "He pointed out.

Before the impossibility of sowing soybeans on a large scale due to the technological demands of that crop, it was decided to implement a grain production plan at a local scale in order to multiply the seeds of 19 varieties, 14 of them are conventional and 5 genetically modified ones.

The nation currently has 223 hectares of soybeans planted in Artemisa, Mayabeque, Sancti Spírtitus, Las Tunas and Granma provinces and the sowing of another 150 hectares is planned for the summer months.

García Rodas highlighted that in the first quarter of the year 2022 the country will be able to have seeds to sow some three thousand hectares and there will be a presence of those seeds in all the country's provinces.

“The agriculture main departments, along with the porcine department, are carrying out a survey of each one of the producers by delivering the seeds, according to the priorities. This soy is without thinking about the large allocations of resources and taking advantage of the potential of each territory”. García Rodas pointed out.

Given the current conditions, the participation of the national industry has been decisive in terms of overcoming the obstacles imposed by the US economic blockade on the Island, thus providing solutions related to the production of biological means, alternative methods through the of nitrate of lime production, as well as foliar fertilizers and threshing machines from the local Héroes del 26 de Julio Agricultural Implements in Holguín province.

Another joint work that the local Ministry of Agriculture is about the related research institutes, and in addition to the CIGB, the National Institute of Agricultural Sciences (INCA) has worked on a group of soybeans varieties, beans, tomatoes and other crops in order to improve the quality of productions and their yields.

"There can be no food production if there is no science, let alone under the current conditions of our economy," said the head of the department of various crops.

The increase of the national production and import substitution in terms of food material are a priority for the country. Programs are being updated and new projects are being designed, along with the Cuban collective working invention.