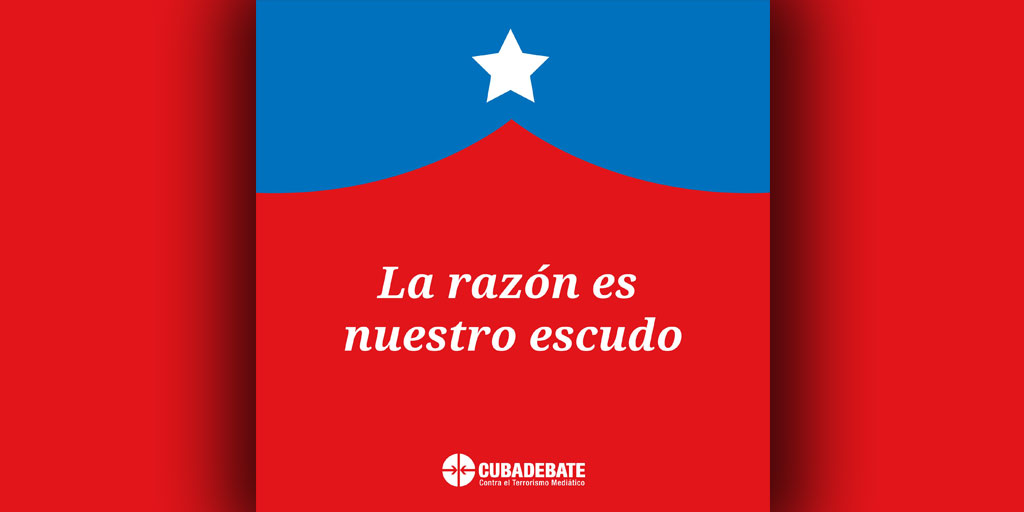 The municipal government of Old Havana denied on Tuesday a  permission request for a march whose promoters are linked to subversive organizations and considered its purposes a provocation lacking legality.

Alexis Acosta, the head of the Administration Council of this municipality in the Cuban capital, answered the request for a counterrevolutionary demonstration initially called for November 20.

"No legitimacy is recognized in the reasons given for the march. The promoters and their public projections, and their links with subversive organizations or agencies financed by the U.S. government, have the declared intention of promoting a change of political system in Cuba," wrote the capital's mayor.

He noted that Article 56 of the Constitution provides among the requirements for exercising the right to demonstrate the lawfulness and "respect for public order and compliance with the precepts established by law."

"This reaffirms that the announced march, whose organizational scheme is conceived simultaneously for other territories of the country, constitutes a provocation as part of the strategy of "regime change" for Cuba, tested in other countries."

He added that as soon as it was announced, the march received public support from U.S. lawmakers, political operators, and the media that encourage actions against the Cuban people to attempt to destabilize the country and urge military intervention.

In his reply, Acosta recalled that Article 45 of the Cuban Magna Carta states that the "exercise of people's rights is only limited by the rights of others, the general welfare, respect for public order, the Constitution and the laws.

The official stressed that the Constitution, in its Article Four, defines that the socialist system is irrevocable, "therefore any action exercised against that article is illicit."

Mayor Alexis Acosta stressed that the current Magna Carta was widely debated and approved in a referendum by 86.85 percent of the voters.

He added the overwhelming majority sovereignly and freely chose the socialist system, its irrevocability, and the right to fight by all means against anyone who tries to overthrow the established political, social and economic order.

And he concluded: it is evident that, although a constitutional right is invoked, it cannot be exercised against the other rights, guarantees, and essential postulates of the Constitution itself, which determines the unlawful character of the march. 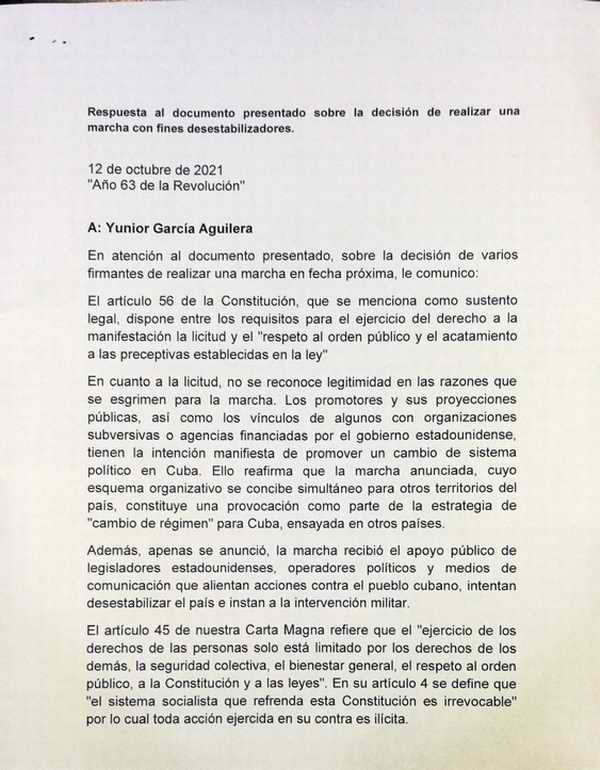 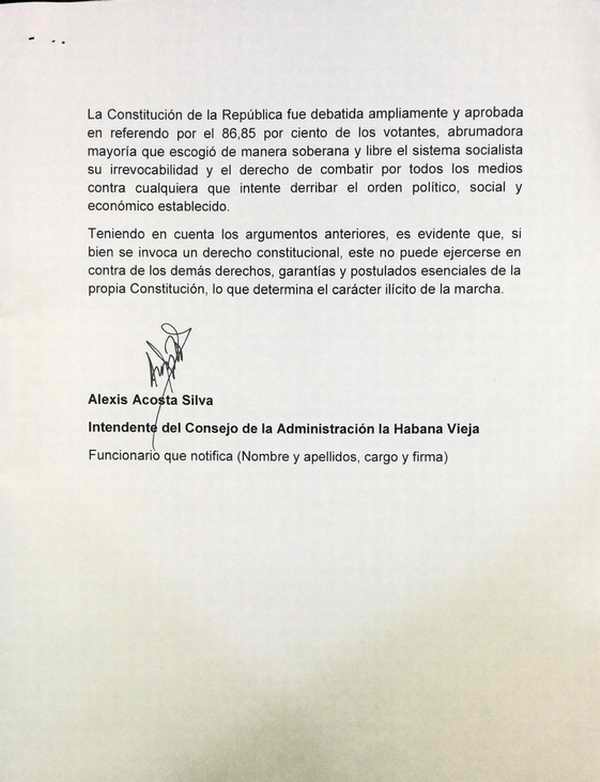