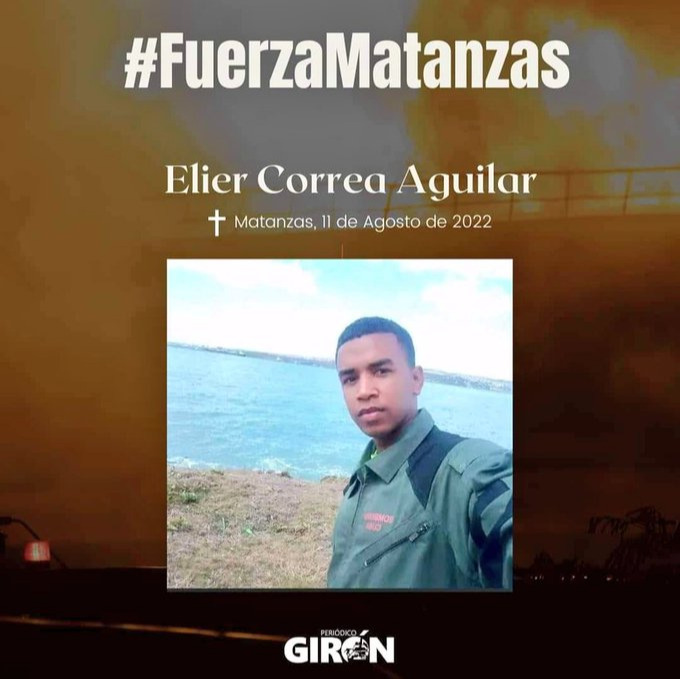 Cuban President Miguel Diaz-Canel acknowledged the feat of the young firefighter officer Elier Correa Aguilar, who died after several days in the hospital.

On Twitter, he thanked the heroism shown by the forces working to extinguish the fire at the Matanzas Supertanker Base.

"Thanks to the prowess of men like him, the fire was brought under control. My condolences to his loved ones," Díaz-Canel tweeted.