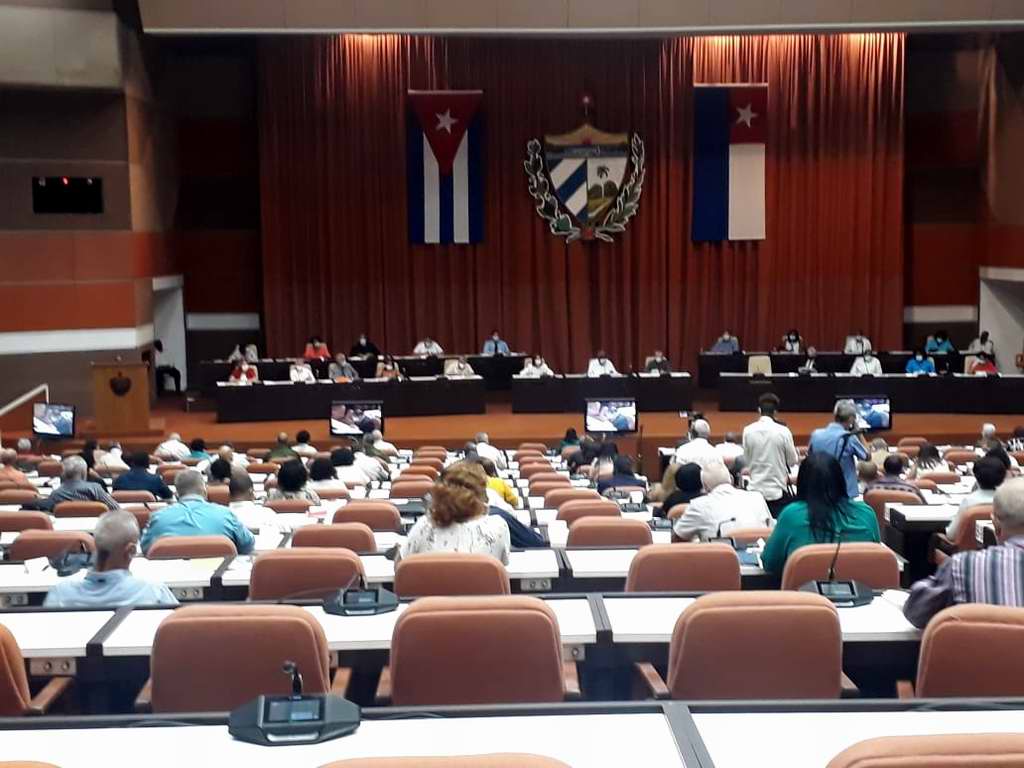 Havana.- Members of the Cuban Parliament approved on Monday the changes made to the bills of the President and Vice President of the Republic and the revocation of the positions of People's Power.

Gathered virtually, the parliamentarians learned about the changes introduced in the texts that will be submitted for approval on October 28, during the ordinary session of the National Assembly of People's Power.

The bill of the President and Vice President generated 16 proposals from the lawmakers, which led to the modification of seven articles of the legal body and one of the Whereas clauses.

Meanwhile, citizens also made over 20 suggestions through the emails enabled for it.

Among the elements that they set out are the definition of the National Assembly as the competent entity to establish the causes and procedures for the supervening and disabling declaration of the president.

In addition, it was included within the powers and functions of the president to previously know the accountability reports of the governors, and to assess and approve the annual directives on the priorities of the control actions, both of the Comptroller's Office and of the audit national system.