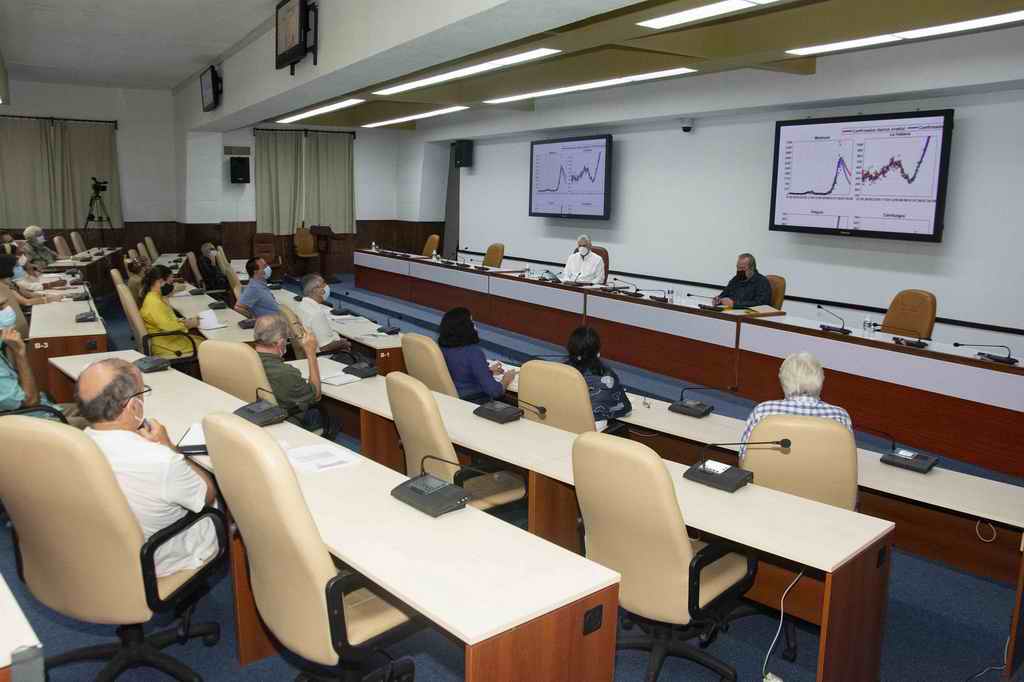 The first secretary of the Central Committee of the Communist Party of Cuba and President of the Republic, Miguel Diaz-Canel, called the attention on Wednesday about a new protocol for the care of Covid-19 patients in the country, especially children, one of the population groups most affected by the disease in recent times.

On Twitter,  the dignitary made a call to increase family and social responsibility, a permanent challenge in the battle against Sars Cov-2, which causes so many deaths in the world, and depression in all economies.

In that social media platform, Díaz-Canel alluded to an article in Cubadebate website,  which elaborates on the subject, and focusses on remarks by Dr. Lissette López González, head of the National Pediatrics Group of the Ministry of Public Health (Minsap),

"We are in the battle of in-house biosecurity," said Lissette Lopez because the main source of pediatric contagion is in-house contacts, and therefore, that is where we have drawn all the strategies".

In this sense, the specialist argued: "We have the strength in assistance; we have the strength in screening, treatment, and convalescence, which in pediatrics has a very favorable rhythm; what we really have to avoid is that the children get sick, but for that, we have to reach each family, and we are doing that in each of the territories".

The Cuban State and Government are making great efforts, in the midst of the tightening of the economic, commercial, and financial blockade by the United States, to reverse the critical epidemiological situation experienced by the nation in the third wave of the Covid-19 outbreak since it appeared on the island 16 months ago.