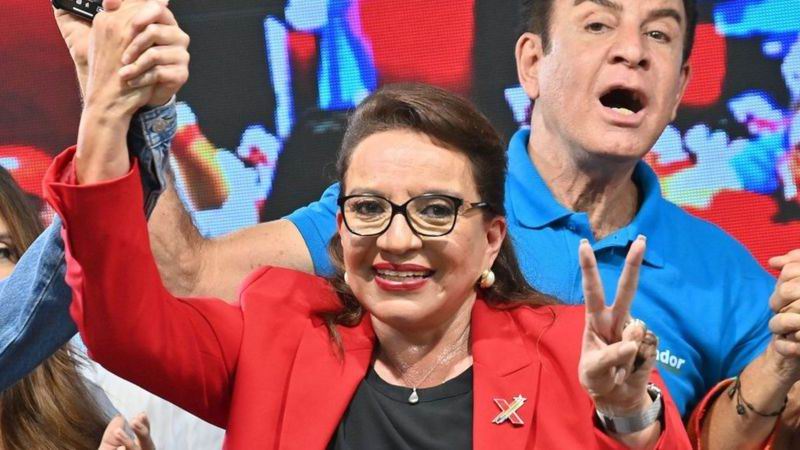 "It took 12 years after the coup d'état against Manuel Zelaya for the Honduran people to achieve this Sunday's resounding victory at the polls. Congratulations to President-elect Xiomara Castro. Latin America and the Caribbean also celebrate with Honduras," the President wrote on Twitter.

According to the National Electoral Council (CNE) of that country, at the close of the day, the candidate for the opposition alliance accumulated 554 thousand votes, representing 53.61 percent of the total.

With this figure, Castro surpassed by 205 thousand votes the second place in these elections, the candidate of the ruling National Party, Nasry Asfura, with around 350 thousand ballots in his favor, 33.95 percent.

Given the challenges of the next government, lawyer Doris Gutiérrez, deputy for the Innovation and Unity Party, one of the member organizations of the opposition alliance, declared to Prensa Latina that they fulfilled one of the proposed goals: to defeat the political force in government, "the only way to defeat them was through unity."

Regarding establishing ties with countries in the region if Castro wins, she acknowledged that Honduras is free to develop diplomatic and economic relations.

"Xiomara and Libre already have their government plan, with the maintenance of harmonic links," she declared.