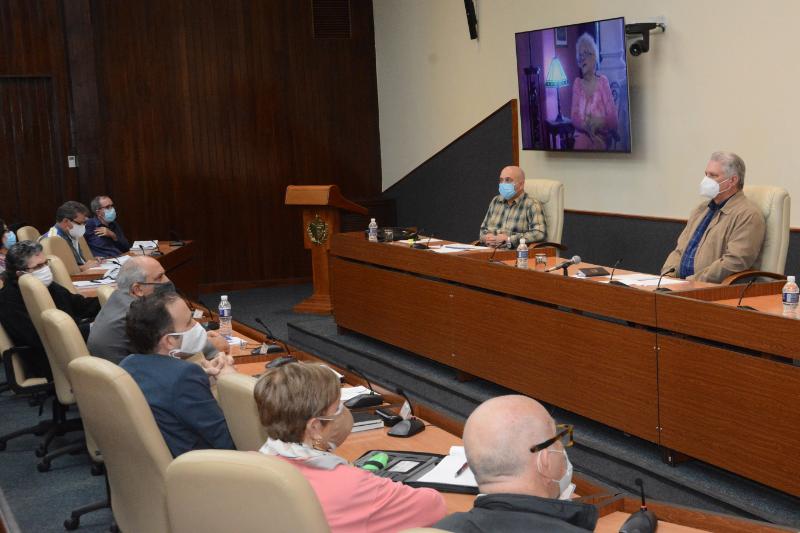 Cuban President Miguel Díaz-Canel Bermúdez called for the promotion of reading and ratified that the Cuban Revolution will always defend a space for books, a promise that Fidel enunciated very early in the revolutionary stage, and that he was able to turn into reality.

A meeting with intellectuals held Monday followed up on implementing the agreements and proposals made by the writers at the 9th Congress of the Union of Writers and Artists of Cuba (UNEAC) held in June 2019.

Participants analyzed what Cuban writers have done in times of pandemic, including the active presence of the Caribbean nation's literature in international book fairs and other virtual events.

Diaz-Canel argued that a way of life and thinking is built around literature and expressed interest in the state of bookstores and libraries and urged for the promotion of book sales and lending services.

Speaking in the debate, prestigious Cuban writer and ethnologist Miguel Barnet brought up the need for a profound literary criticism, called for literary science, and urged experts of the mother tongue to sort out good creations from those that are not.

Other intellectuals spoke of the need for a strong literary agency to represent Cuban writers and the importance of effectively disseminating the literature produced on the island. Reference was also made to the universe of possibilities that the virtual world opens up for reading.

Historian Ernesto Limia Díaz stressed the need for the country to take advantage of all the digital world's opportunities and invited to work so that every book has its physical and electronic expression.

Díaz-Canel said that the existing levels of dissatisfaction should lead to work with greater intensity. The goal, he stressed, is to sow the passion for reading and even for the possibility of writing correctly.

The head of UNEAC, Luis Morlote, recalled that the group brings together more than nine thousand creators and has as its raison d'être the defense of culture as the nation's essence.