Cuban retirees begin to receive advances on their pensions 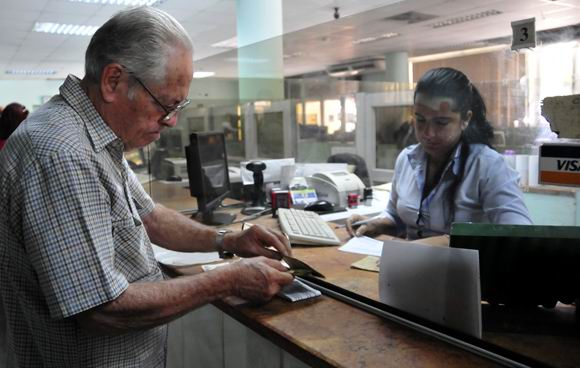 One million 700 thousand Cuban retirees start receiving as Thursday an advance on their pensions, which will be increased as part of the monetary reform that will come into effect on January 1.

With the elimination of the monetary and exchange duality, there will be a devaluation of the Cuban peso (CUP) for the state business sector that will have repercussions on the rise in the prices of goods and services, something that will be backed by the increase in the population's income.

In a bid to arrive in January with enough funds to assume the new costs, the Cuban government decided to anticipate 1,000 pesos of the total pensions. Later this month, workers in all sectors and those receiving social security assistance will receive equal treatment.

With the arrival of the New Year, the minimum wage on the island will be increased to 2,100 pesos. The income of those who have already worked throughout their lives will rise following a scale, which ranges from 1,528 pesos to 1,733 or more, depending on their current income.

Likewise, the 119,000 homes with financial support from social security will have a readjustment in line with the new prices as of 2021, when part of the subsidies and undue gratuity will disappear.

Marino Murillo, head of the Commission for the Implementation of the Guidelines of the Cuban Communist Party, stated on Wednesday at the National Assembly of the People's Power (Parliament) that due to the monetary unification, the peso will be devalued by almost 2,300 percent for the state business and budgeted sectors.

That element is part of the comprehensive reform that seeks to eliminate distortions in the national economy, among them the entities' inefficiency.

As of January 1, the Cuban Convertible Peso (CUC) will cease to circulate on the island, and the Cuban Peso (CUP) will remain as the official currency to carry out all operations in the country with an exchange rate of 24 to one against the dollar.