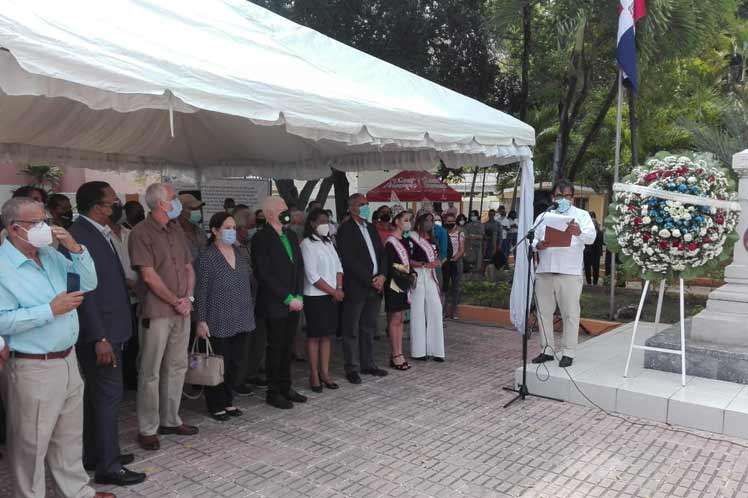 Cubans and Dominicans commemorate on Sunday in the locality of Baní,  the 126th anniversary of the landing of José Martí and Máximo Gómez in Playitas, Cuba,  to rejoin the independence struggle that began on February 24, 1895.

Addressing those present, the president of the Máximo Gómez Foundation, Yván Peña, highlighted the importance of the date and the historical relations that guarantee the brotherhood between the Dominican and Cuban peoples.

Milagros Carina Soto, Cuba's ambassador to the Dominican Republic, thanked the participants and recalled when in 1998, the historic leader of the Cuban Revolution, Fidel Castro, said that the most significant emotion for a modest Cuban heart was to set foot on Dominican soil.

'We did not want to overlook this date that represents the moment in which Martí and Gómez began to crystallize their dreams of independence when they arrived in Cuban lands, with many difficulties as having been the battles of our peoples for freedom', she added.