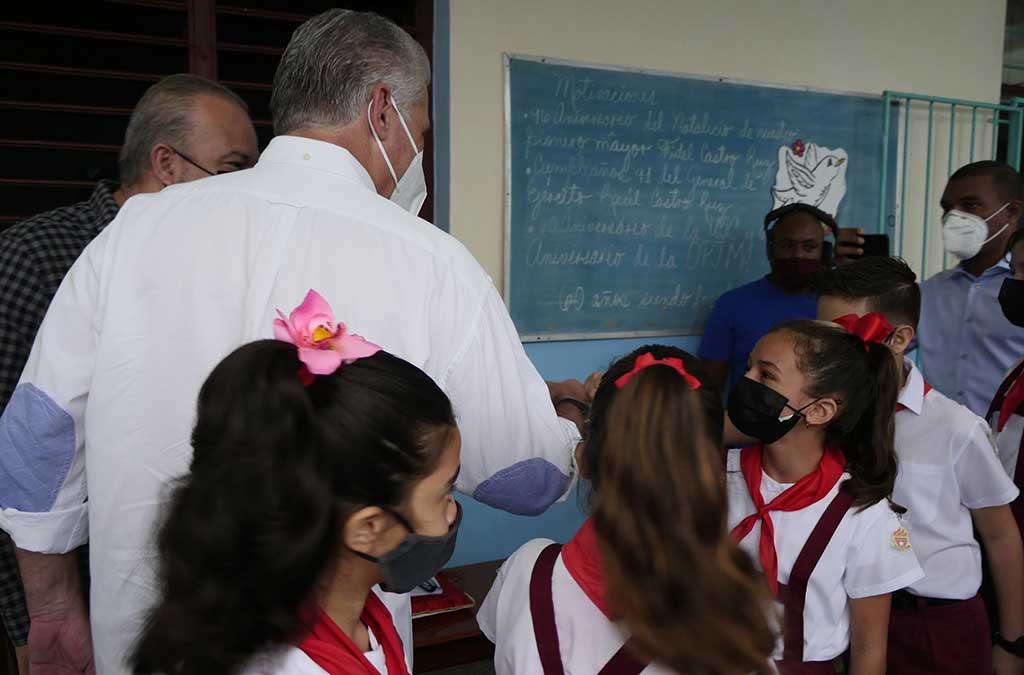 The head of state was present at the Pedro Domingo Murillo elementary school in Ciudad Escolar Libertad in Havana, where some 490 students of the more than 700 thousand returning to classrooms across the country are returning studying.

The Minister of Education, Ena Elsa Velázquez, the Spanish MEP Manu Pineda, and other authorities accompanied the Head of State.

In remarks to Prensa Latina, the Minister of Education stressed that the challenges are greater in this restart of the school year since teachers have to work harder to attend to their students and systematize the educational contents.

Previously, the minister explained that around 1.7 million students are already in 10,754 educational institutions.

Of these, more than 90 percent have resumed the school year, fully vaccinated with the nationally produced immunogens.

On national television, Velázquez emphasized that from all the country's centers, they received reports of the arrival of the students with joy, tranquility, and confidence.

"It is a real party," she said, urging teachers and students to respect the hygienic-sanitary measures in each school.

Moments before,  Diaz-Canel highlighted the national rejoicing for incorporating students to classes, the resumption of international flights, and the reopening of cultural, social, and economic spaces.

The president shared on Twitter photos reflecting the celebrations in the Caribbean nation.