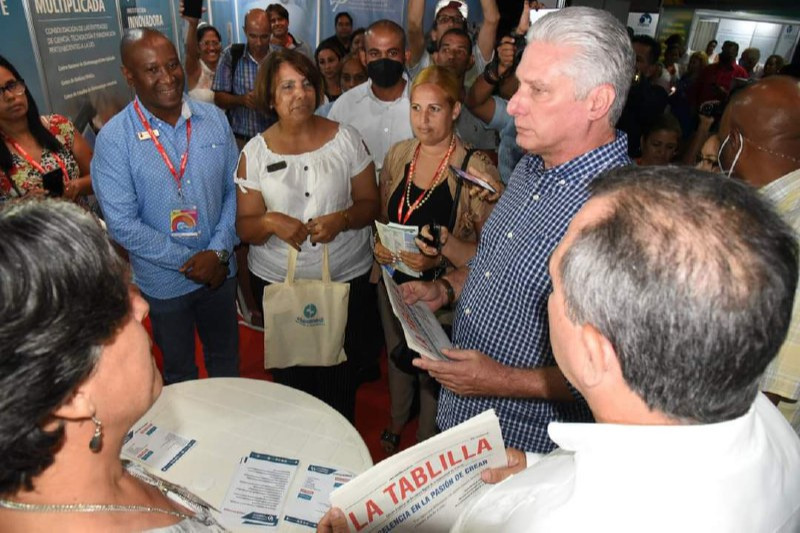 In the context of his visit to Santiago de Cuba, Cuban President Miguel Díaz-Canel toured the XVII Expocaribe International Fair on its inauguration on Thursday.

At the Heredia Cultural Complex, some 250 entities, mainly from the eastern provinces, exhibit their products and services in search of establishing business with foreign counterparts and replacing imports.

In his tour of some areas or stands, the president spoke with exhibitors of both the business system and the new management forms, including MSMEs, to find out how their ventures or businesses are doing.

The 17th edition of Expocaribe, the country's second most important commercial exchange, is dedicated to the 50th anniversary of relations between Cuba and the Caribbean Community (CARICOM), an event to be held on December 8 this year.

At the end of his tour, the Cuban president greeted Josefina Vidal, vice-minister of Foreign Affairs, who moments before had offered a special intervention on that topic, as well as Antonio Luis Carricarte, president of the Chamber of Commerce.

Also, on this first day, Mildrey Granadino, Vice Minister of Economy and Planning, briefed officials, business people, and diplomats attending the meeting representing 24 countries  on the country's economic situation and the transformations with its new actors.