Displaced Indigenous Colombians move back to their places of origin 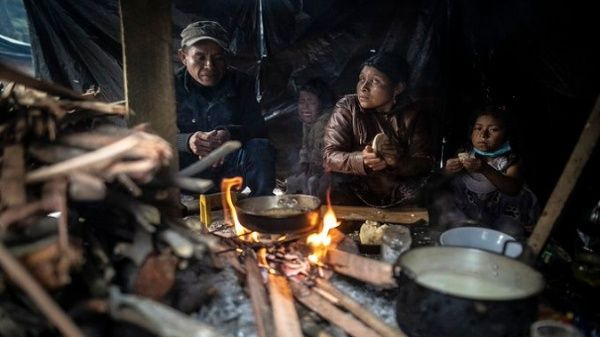 In Colombia, 475 Indigenous people who had settled in the Bogota National Park to protest against the lack of financial assistance for them began to move to their origin territories after agreeing with the government to their safe transfer and stay in these areas.

In September 2021, the Unit for Colombian Conflict Victims (UPV) and the Capital District (DC) alleged that they could no longer make transfers to over 1.900 Indigenous people who have been displaced to urban areas after the armed conflict given that such assistance was sought to be "temporary."

"Our families ran out of money to pay the rent and had no place to go, so we set up a camp in this park,” Indigenous leader Eduardo Mamundia lamented, stressing that his community slept in beds made of plastic and black canvas for over eight months.

"We are happy to have reached this agreement, which benefits all citizens living in Bogota," Indigenous authorities coordinator Jairo Montaner pointed out.

The UPV, the DC, the Interior Ministry, the National Attorney General’s Office, the Bogota Ombudsman’s Office participated in the negotiations on behalf of the government.  The Truth and Reconciliation Commission acted as mediator.

As part of the agreements reached, the transfer to the origin territories shall be voluntary and in buses arranged by the authorities. Communities members who wish to stay in urban areas will also receive temporary accommodation, health services, education and commercial opportunities for their typical products.

WHO warns of forthcoming challenges over COVID-19 and Monkeypox