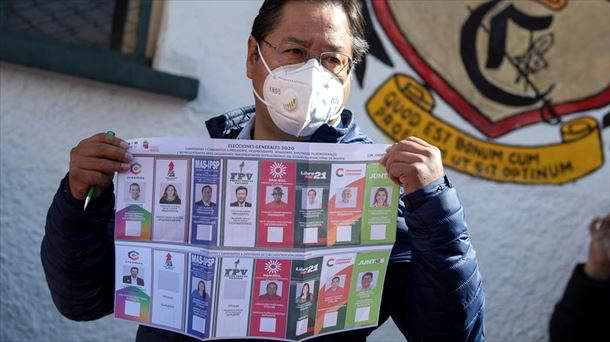 Buenos Aires, October.- Former Bolivian President Evo Morales celebrated the victory of the presidential candidate of his party, the Movement Towards Socialism (MAS), Luis Arce, in the general elections of this South American country on Sunday.

Upon learning the unofficial results that give Arce the victory with 52.4 percent of the votes, Evo Morales expressed his satisfaction through a message via Twitter.

The former president assured that MAS obtained a resounding victory, reaching a majority of representatives in both chambers of the Plurinational Legislative Assembly.

Morales had described the day as historic and recalled that the people managed to resist the coup d'état, two massacres and a de facto government with an administration marked by corruption and mismanagement of the health emergency.

Evo Morales was the campaign leader of the MAS in the electoral process carried out to restore the constitutional order in Bolivia, after the crisis that the country experienced a year ago due to the overthrow of the indigenous leader because of false accusations of fraud in his electoral victory.Preliminary results in Bolivia's election based on exit polls reveal that the candidate for the Movement Towards Socialism (MAS), Luis Arce, has won the presidency of the country in the first round of voting on Sunday.

According to an announcement from exit polls, at 12 midnight, Arce won 52.4 percent of the votes; Carlos Mesa garnered 31.5 percent.

This is a developing story.   Stay tuned for more details in the coming hours.