Geisel and Mateo: Two Prospects of the Cuban Baseball 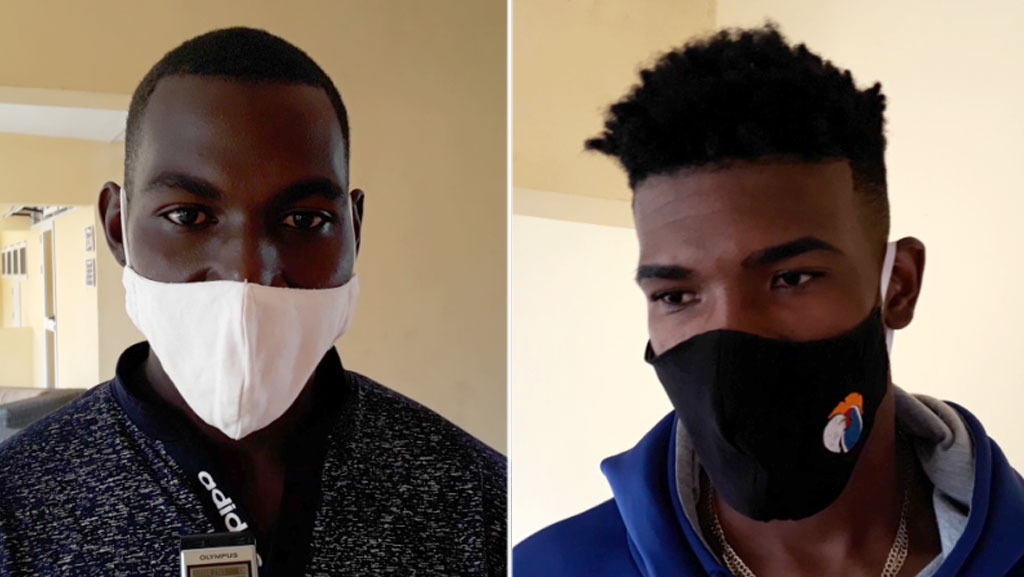 Geisel Cepeda, aged 23, has improved his mighty arm and a great movement in the fields, although the current baseball battle has experienced a much better coordination in the Batting department. The fact that he has been called to be part of the pre-selection team in Sancti Espiritus has been recognition of his results.

“It is a great opportunity to be able to be here. I had been two years ago. It is an honor to be near some of the main Cuban baseball figures who have always given us advice, such as the cases of Ariel Pestano, Carlos Tabares and Adiel Palma.” He said.

Geisel recognizes the work that has been carried out by the professor Franger Reynaldo with the talented program.

“This is something really good, they help us to become much better athletes. Professor Franger is not teaching to play baseball, and especially to improve the tactical thought in the field.” He said.

Geisel Cepeda hopes to be at the Curazao Baseball Coup that is now a proposal for the month of May.

“I am going to do my best to be part of the team. I know that is not easy for the quantity of talented baseball players in the fields.” He said.

At the 60th National baseball Series, we saw a sport growing in Geisel Cepeda.

“I improved the batting mechanic, I increased the weight training, and that made me have more long hitting range.” He pointed out.

“He is always supporting me by showing me the mistakes I made in the games, and there are no doubts they have supported me a lot.” He said.

Geisel Cepeda, who is considered a five-tool baseball player, will soon play at the World Industrial league of Mexico.

“I am waiting to fulfill my duty with the national team, and I would be part of that event. I consider that it is a first step for getting a proper baseball level to be part of the highest baseball leagues.” He pointed out.

Meanwhile, the baseball player from Cienfuegos, Luis Vicente Mateo, is one of the shortstops players who constantly increase his baseball level.

“All athletes of our nation dream of getting to the Cuban main team, I gain my right to be here due to my results, and I am going to fight for being part of the national team.” He said.

Luis Vicente Mateo is a player that can do a good performance in the third base, the short field and the middle field.

“I consider that I have been one of the nation's most outstanding shortstops, but I prefer the third base, although I do not have an ideal physical for that position.” He said.

That player is one of the figures that is part of the program for talented players.

“I think that is very good because that helps us to develop us. There should always be someone monitoring the athletes, and the worse is the fact that we have no one who feels concern for us, and my respect to Professor Franger Reynanldo.” He said.

Parties of China, Vietnam, the DPRK and Laos, salute the 8th Congress