Getting to the bottom line, Cuban President Díaz Canel says 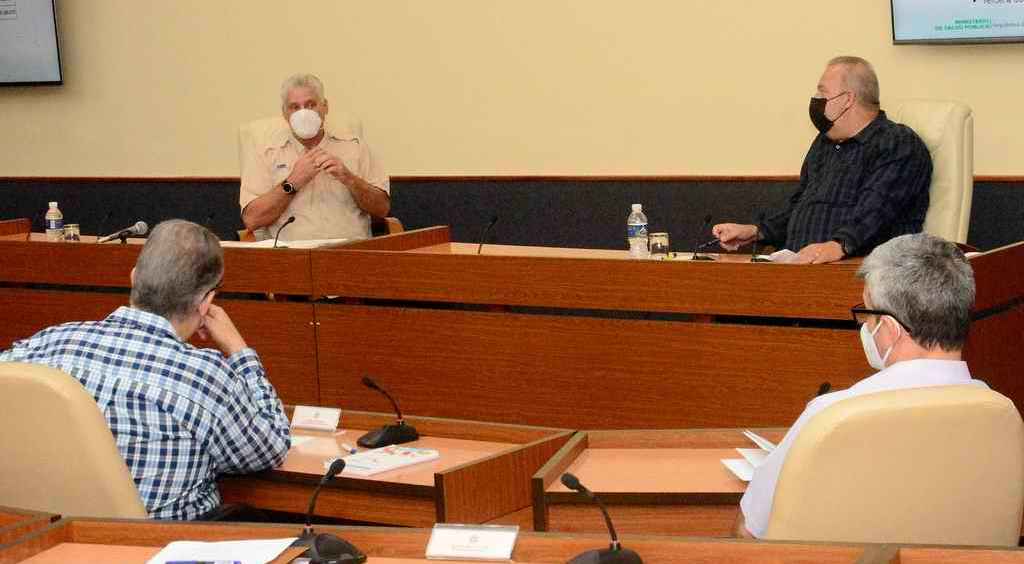 This Tuesday, Cuban President Miguel Díaz-Canel Bermúdez and Prime Minister Manuel Marrero Cruz, participated in a meeting of the Government's Temporary Working Group for the confrontation of COVID-19. During the meeting, the president expressed his certainty that statistics is not something cold, so it is necessary to draw relations of all kinds of studies, because this will help us locate the problems.

During the videoconference exchange with the authorities of each province and the special municipality of Isla de la Juventud, important themes such as the epidemic behavior, the availability of medical oxygen in each territory, as well as the situation of energy production was analyzed.

The National Director of Epidemiology of the Ministry of Public Health (Minsap), Dr. Francisco Durán García, was in charge of explaining interesting data on the transmission of the epidemic throughout the Island. According to the expert, more than 761,000 cases have already been confirmed to COVID-19.

In the last fifteen days, he pointed out, 114,315 people have been diagnosed as positive for the disease, for a transmission incidence rate of 1,021.9 per 100,000 inhabitants. The provinces with the highest

Although in some territories the situation tends to gradually control the epidemic, in others the transmission figures are still high; and since the greatest cost of the disease spreading is the loss of lives, the country is still tense in a battle that moves multiple forces as in war. Even if we get to the bottom line, there still will be a threshold that is always worth paying attention to all the time and in which our fate is decided: that of the responsibility of all of us.