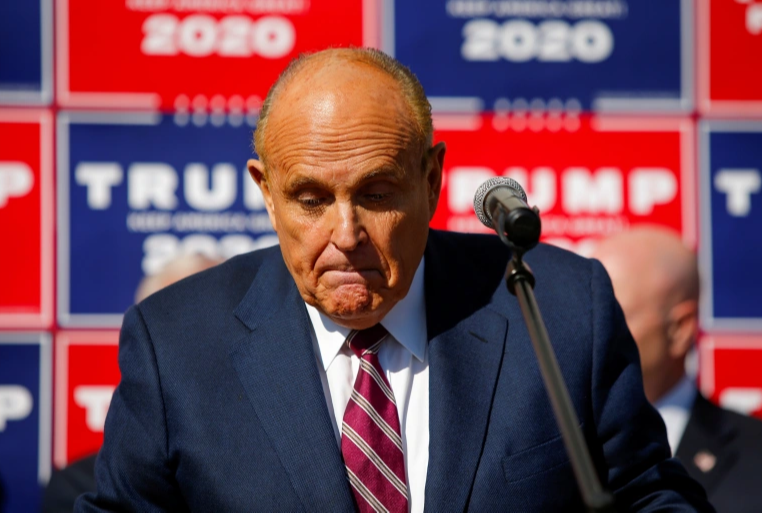 Prosecutors in the U.S. state of Georgia told lawyers for Rudy Giuliani that he is a target of their criminal investigation into possible interference by former President Donald Trump and others in the results of the 2020 presidential election, a Giuliani lawyer has said.

The New York Times first reported that Robert Costello, a lawyer for Giuliani, said prosecutors told him on Monday that the former mayor of New York City was a target of their probe.

Giuliani is scheduled to appear on Wednesday before a special grand jury investigating the case, after a judge ordered him to comply with a subpoena.  But Costello told the Times that Giuliani, who previously served as Trump’s personal lawyer, would most likely invoke attorney-client privilege if asked about his dealings with the former U.S. president.

“If these people think he’s going to talk about conversations between him and President Trump, they’re delusional,” Costello said.  The Georgia investigation was launched last year after a January 2021 call Trump made to Georgia Secretary of State Brad Raffensperger during which the then-US president asked Raffensperger to “find” the votes needed to overturn his narrow loss in the state.

Trump has continued to repeat false claims that the 2020 presidential election he lost to President Joe Biden was marred by widespread electoral fraud.  But Republican and Democratic state election officials, as well as top judicial experts, say there is no evidence that fraud affected the election outcome.

Fani Willis, the district attorney in Fulton County, Georgia, last month filed petitions seeking to compel testimony from seven Trump associates and advisers.  In a petition seeking Giuliani’s testimony, Willis identified him as both a personal attorney for Trump and a lead attorney for his campaign.

She wrote that he and others appeared at a state Senate committee meeting and presented a video that Giuliani said showed election workers producing “suitcases” of unlawful ballots from unknown sources, outside the view of election poll watchers.

Evidence shows that Giuliani’s hearing appearance and testimony “was part of a multi-state, coordinated plan by the Trump Campaign to influence the results of the November 2020 election in Georgia and elsewhere,” the petition said.

Earlier on Monday, a U.S. federal judge rejected a challenge from U.S. Senator Lindsey Graham, a close Trump ally, to a subpoena to testify before the special grand jury in the Georgia investigation about phone calls he made to Raffensperger.

In court filings, prosecutors have said Graham explored the possibility of re-examining absentee ballots in the calls, which “certainly appear interconnected” with Trump’s efforts to reverse the election outcome.

In a statement, Graham repeated his argument that the phone calls were undertaken as part of his constitutionally protected legislative duties and said he would appeal the decision.