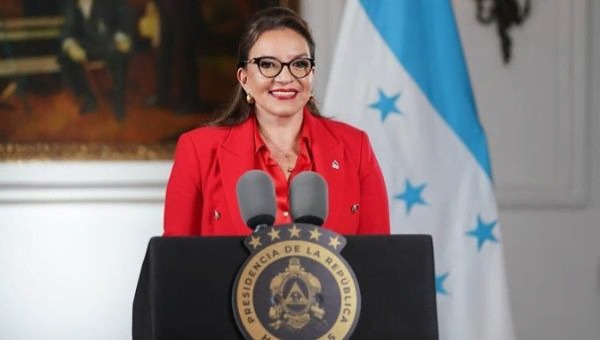 During the speech to commemorate her first 100 days in government, President Xiomara Castro emphasized that facing the Honduran social and economic crisis will require the continuous effort of all citizens.

"I received a country in ruins for which we must re-build the foundations of human development, respect for the environment and justice," Xiomara Castro emphasized and condemned that previous administration's allowed violence and public debt rising.

“Protected by decrees, corrupt politicians pocketed over $20 billion U$D owned by public funds,” she stressed and urged to prosecute those involved in this crime.

Regarding the economic crisis, Castro stressed the importance of promoting sustainable industrial develompment and fighting poverty, which rose to 70 percent in 2020 due to natural disasters and the COVID-19 pandemic.

“We cannot allow private electricity companies in our country to generate large profits at the cost of the losses of the state-owned National Electric Energy Company (ENEE),” Xiomara Castro pointed out.

She welcomed that pro-government legislators recently sent a bill recognizing electricity as a public good and backing her administration's decision to grant free electricity to 1.3 million vulnerable families.