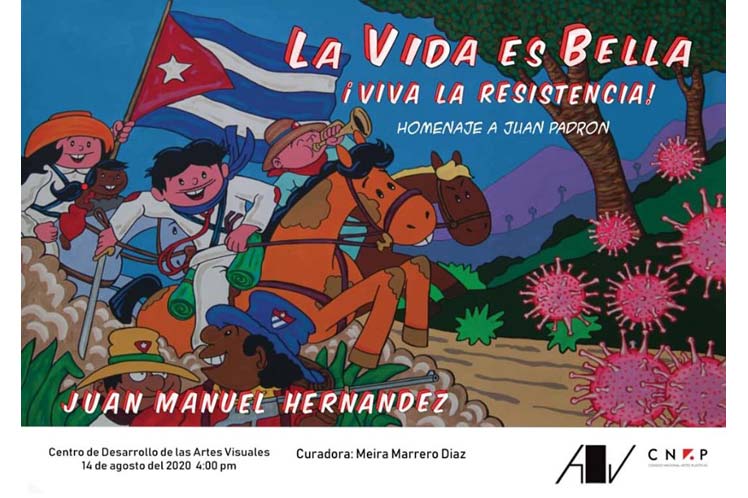 The Cuban Institute of Cinematographic Art and Industry (ICAIC) is currently preparing the 'La vida es bella, viva la resistencia'(Life is beautiful, long live resilience) exhibition, dedicated to the half century of the Elpidio Valdes character and its creator, the cartoonist Juan Padron.

The exhibition, scheduled for October 15 at the Center for the Development of Visual Arts in Havana, will pay tribute to Padron, one of the most prolific exponents of audiovisual for children, who recently died at the age of 73 years old.

His insurrectionist Elpidio Valdes character cartoon was first published on August 14, 1970 in Pionero magazine, and is part of Cuba's identity with its hundreds of stories brought to literature, television and cinema.

Likewise, the ICAIC will premiere the last interview conducted with the also National Film Award winner, which will be screened prior to each film scheduled on the cinemas of the Cuban capital.

The opening of the new headquarters of the Cuban Cinematheque stands out, which will be located in the former residence of the creator and founding president of ICAIC, Alfredo Guevara, whose work transcends the Cine Cubano magazine, the Noticiero ICAIC Latinoamericano (the Latin American ICAIC Newsletter) and the Experimentacion Sonora Group (Sound Experimental Group).

The program of activities responds to the celebration of Cuba's Culture Day that began the screenings in Havana, under strict hygiene and social distancing measures, the Cubacine website reports.