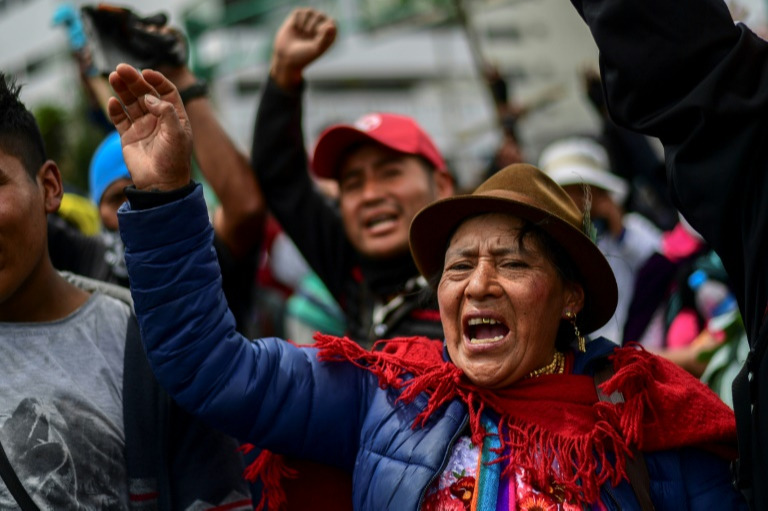 Thousands of indigenous Ecuadorians have converged on the capital Quito on the eighth day of intensifying protests against soaring fuel prices.

Indigenous people and members of other disgruntled groups began a peaceful demonstration towards the city center starting from the south of the capital, with hundreds joining from the the north of Quito.

The popular Confederation of Indigenous Nationalities of Ecuador (Conaie) called for setting minimum prices for agricultural products and for mining and oil projects to be stopped.

President Guillermo Lasso extended a state of emergency to six provinces, also implementing a nighttime curfew in hope to curtail the demonstrations.  Clashes with police have injured at least 63 people and led to at least 21 arrests.

In order to appease the protesters, the president has said he would subsidize fertilizer costs by 50% for small and medium farmers, and freeze fuel prices at their current level.

Lasso has also said he would order the public bank to forgive overdue loans worth up to $3,000, and give the small farmers more time to pay their debts but the measures have failed to calm indigenous outrage.

An oil-producing country, Ecuador has been facing a sharp rise in fuel prices in recent years which has aggravated in the wake of the Ukraine war.  This has increased inflation and unemployment and caused public dissatisfaction.  Fuel prices have risen sharply since 2020, almost doubling for diesel and gasoline.