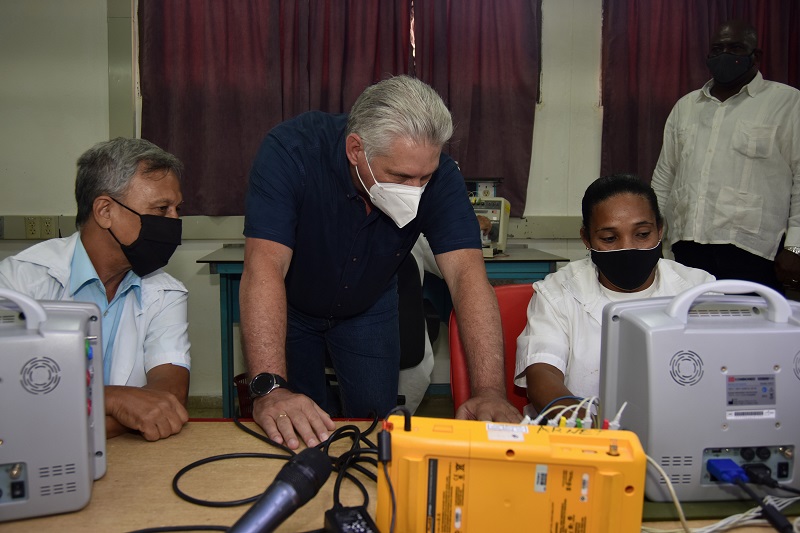 The fact that a small and economically blockade nation, even without enough resources, is able to reach its technological sovereignty to face the covid-19 in the Middle of a Pandemic is possible thanks to the then Commander of the Cuban Revolution, Fidel Castro, who trusted in the Cuban scientific potential to drive the national development.

The President of the Cuban Republic, Miguel Díaz Canel Bérmudez got precisely to two of those centers which are the result of the thought of then leader of the Cuban Revolution. He got there to talk to its directors, specialists, workers and experts of the local COMBIOMED and the Immunoassay center.

At that last institution and in less than ten month of work, it was carried out the development, registration and production of five new testers for facing the Pandemic.

The center´s achievements were highlighted by the Cuban head of state during the dialogue held with its scientists and researchers representation.

“When we began to talk about the covid-19 theme and the fact that we began having the main difficulties with the related testing equipment in terms of acquiring them, we decided to look for the related sovereignty, and we thought in that center, given all the experience it has about those testing equipment, and you really gave us a proper response.” Díaz Canel recalled. 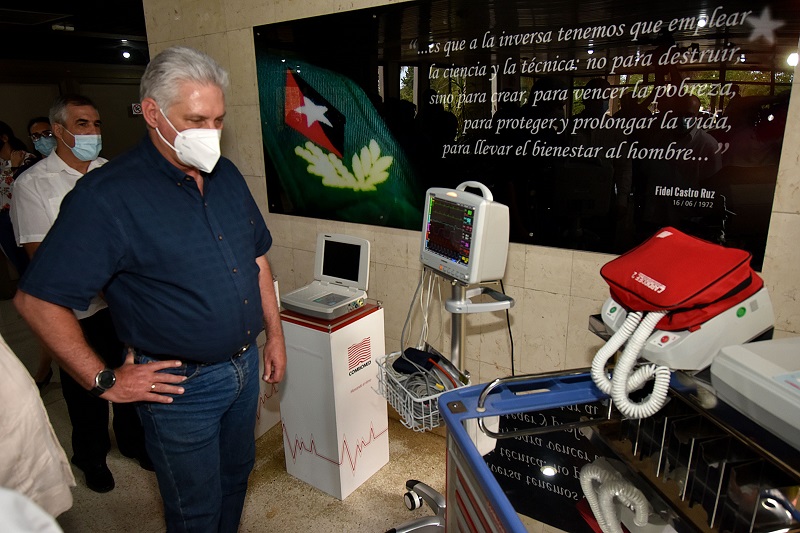 The Cuban President highlighted the constancy, seriousness and commitment by the Immunoassays center´s directors and workers through their then quick response and efficiency to the complex tasks requested by the nation´s leadership to contribute to fight the Pandemic.

“What Cuba is achieving from its developed scientific potential has a lot to do with Fidel Castro´s visionary skill in terms of that paradigmatic vision in relation to science and innovation, having a complete Cuban technology that gives us the sovereignty to face phenomena like the covid-19, and that currently leaves all that knowledge and related development, as well as in much better conditions for other events that might happen in future.” The Cuban head of state pointed out.

In the same way, Miguel Díaz Canel thanked and recognized the commitment and they have been able to contribute about.

“If Fidel told you that the people expect a lot from you at that moment, I think the Cuban people have waited, however, you have given to the people what it had been waiting for.” Miguel Díaz Canel stated. 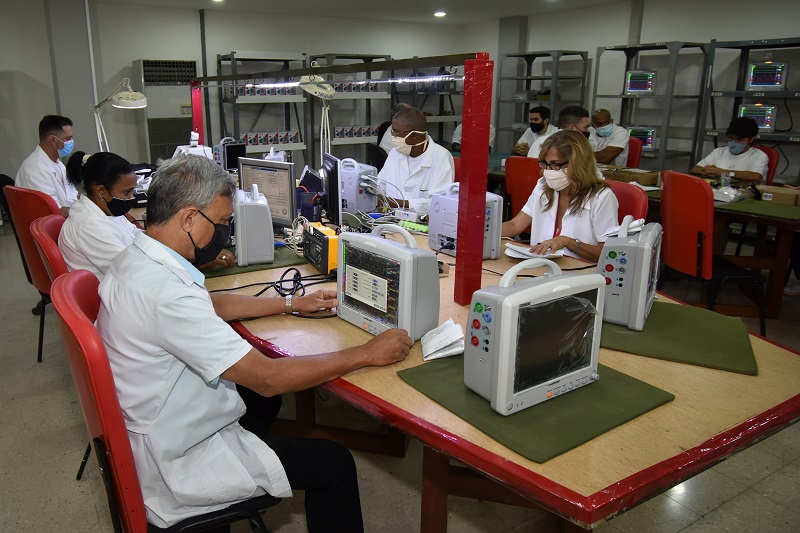 Díaz Canel walked though some of the abovementioned facilities, and he got to know about other projects for the local scientific development which will contribute to the national health system.

Before that, the Cuban head of state visited COMBIOMED that is a local enterprise dedicated to the design, development, production and commercialization of medical equipment.

Recovery professional breathing machines and developing an invasive prototype for emergency are just two of the many battles of that institution to face the covid-19.

Accompanied by the vice-minister, Roberto Morales Ojeda, the president of the local BioCubaFarma, Eduardo Martínez Díaz, and the main director of COMBIOMED, Arlem Lesmes Fernández Sigler, the President Díaz Canel walked some of the facilities and talked with its scientists who were mostly of them, young ones.

The Cuban head of state asked about the projects which are being developed, the equipment that have been created, the drive given to the link of the enterprise with the local universities, and he even got access to use the local Oxy AE equipment which monitors the blood’s oxygen saturation and the heart frequency, while he was being explained the functioning of other medical equipment, like the Physiological parameters monitor that is essential for the intensive care wards. 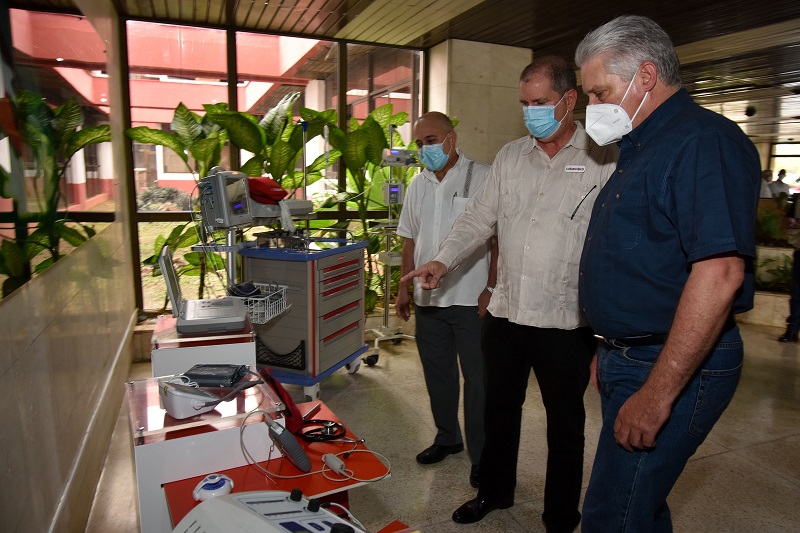 “This is what I would like to be.” Díaz Canel, who is an electronic engineer by profession, pointed out.

He reiterated the unquestionable achievements of that center in search for the local technological sovereignty to face the Pandemic.

“The Pandemic placed us in a situation where it is almost not accessible for a nation like ours, and we did it.” The Cuban president pointed out.

Contributing to the national health system´s development in the middle of the epidemiological scenery imposed by the covid-19, encouraging the importation substitution, and saving lives above all, are COMBIOMED and the Immunoassays centers´ goals. Two scientific institutions which were visited by the president of the Republic, and created from Fidel Castro´s thought.