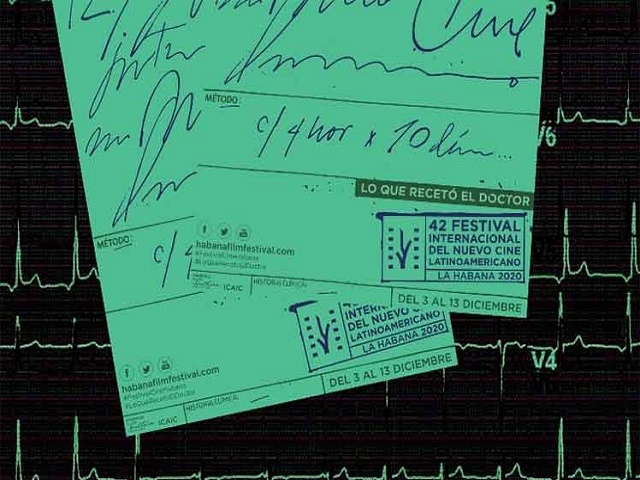 The organizing committee of the International Festival of New Latin American Cinema confirmed the celebration of the annual event, which will have its 42nd edition at two different times due to Covid-19.

Under the slogan 'What the Doctor Prescribed,' the festival will have its 'first dose' from December 3 to 13, 2020 and then return to the cultural scene in this capital in March, 2021.

For the first stage, the projection of different productions is foreseen as part of the Latin America in Perspective and International Contemporary Panorama programs, while the second stage proposes the presentations of works in competition in its different modalities.

In statements to Prensa Latina, the event's president Ivan Giroud acknowledged Covid-19 impact on the design of the festival, but the health crisis will not alter its essence grounded in both the need of human beings to socialize and to meet up with; thus, the cinema becomes the ideal space to share.

The festival's managers also informed that during November audiovisuals that make up the 'first dose' program will be exhibited in cinemas 23 y 12, Riviera, Yara, La Rampa and Acapulco, always with strict sanitary measures including reduced capacity of visitors.

The festival reaffirms the proposed topic since the closing of the previous event: young cinema in Latin America, and will deepen the work of the new generations, what happens in Latin American cinema today and many other issues.