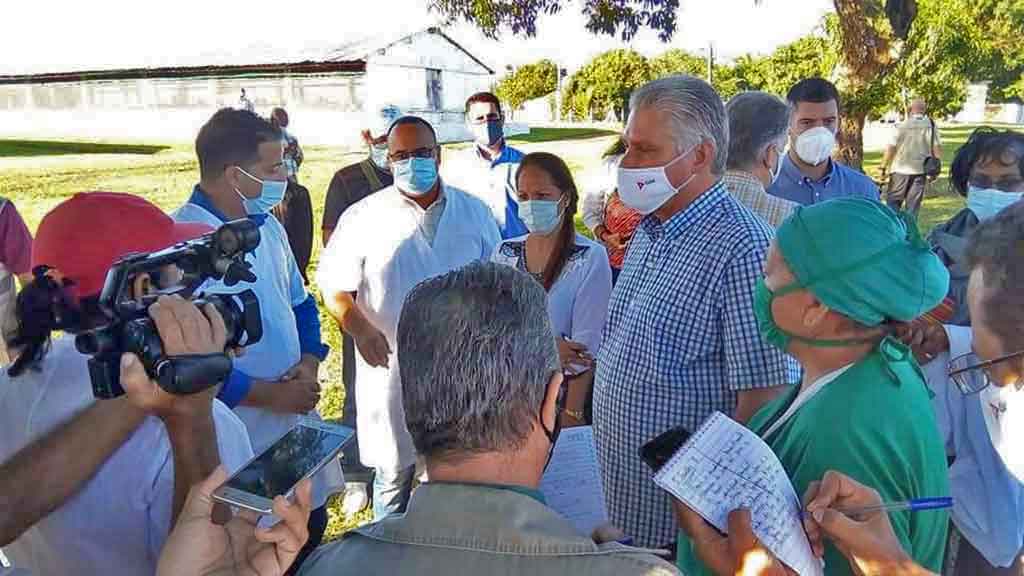 Cuban president, Miguel Díaz-Canel Bermúdez, heads Friday a government visit to the special municipality of the Isle of Youth' Members of the Council of Ministers and other leaders of government institutions accompany the Head of State.

These visits to the country's territories are a working method to verify progress and deficiencies, especially in moments of the fight against the Covid-19 and the implementation of the economic and social strategy adopted to face the pandemic and the development goals towards 2030.

The Isle of Youth is the second-largest island of the Cuban archipelago and is located in southwestern Cuba.

It was discovered in 1494 by the Spanish conquerors and renamed in 1978 as the Isle of Youth because it hosted several schools where students from Third World countries were trained,  mainly from African countries.

It has 2,419 square kilometers and a population that the National Office of Statistics and Information estimates at 83,544 inhabitants.