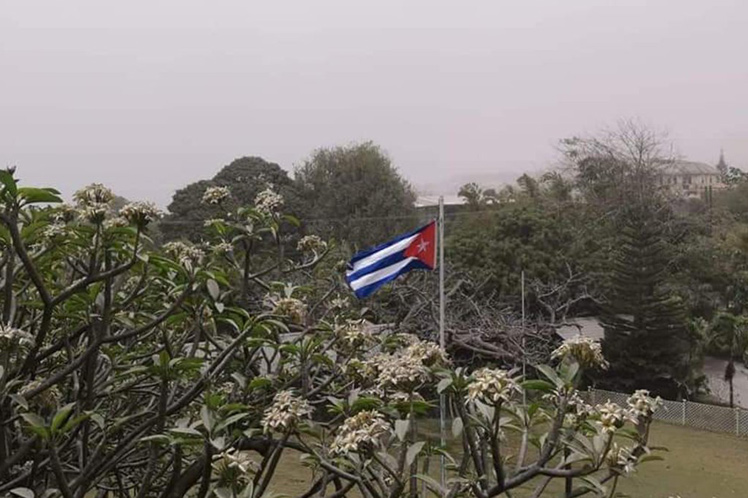 Cuban President Miguel Díaz-Canel today hailed the work of diplomats, Cuban collaborators, and compatriots living in St. Vincent and the Grenadines after the recent explosive eruptions of the La Soufrière volcano.

In a tweet, the president also ratified his support to the people of the neighboring nation, affected last week by the activity of La Soufrière.

'I embrace the collaborators of Health and Construction, our diplomats, the community of Cuban residents, and the brother people of St. Vincent and the Grenadines, facing the disaster of the eruption of the La Soufriere volcano. Cuba and our flag accompany them', he wrote.

According to diplomatic sources in Kingstown, from the early hours of April 8, with the forecasts of the explosive phase, Cuban collaborators proceeded to fulfill the

At the stroke of 4:00 p.m. local time that day, the collaborators remained gathered at the Cuban embassy.

The Cubans had the support of St. Vincent and the Grenadines' highest authorities, particularly the Prime Minister, Ralph Gonsalves.

They also received the experience and suggestions of an important group of scientific organizations and institutions in their country.