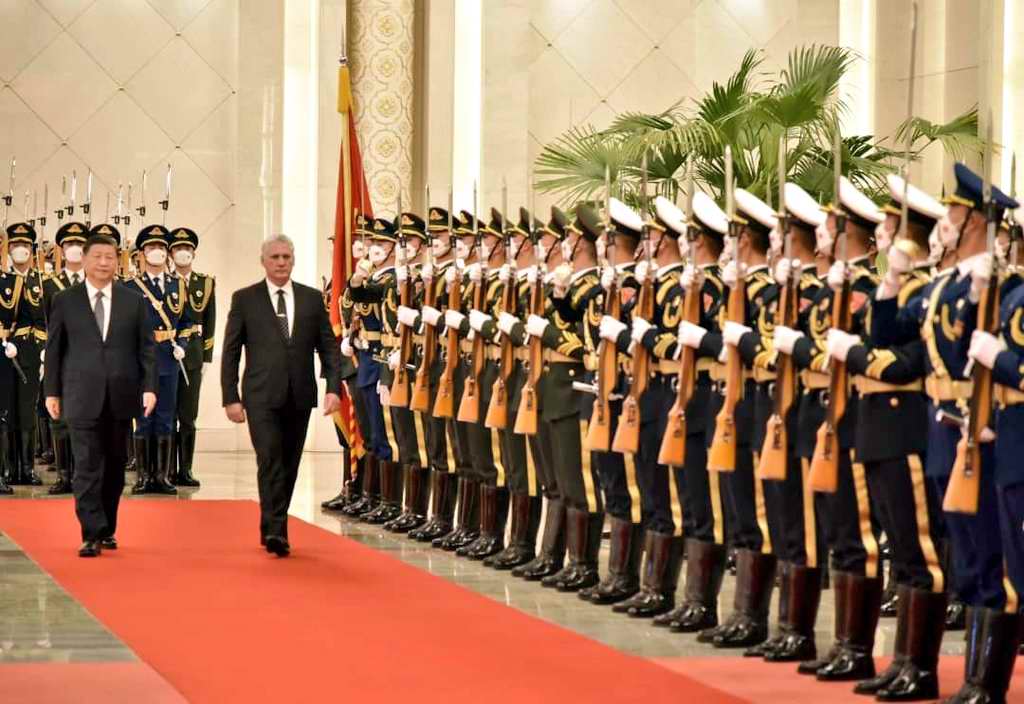 The presidents of China, Xi Jinping, and Cuba, Miguel Díaz-Canel, held official talks in Beijing on Thursday as part of the visit the Caribbean statesman is making to the Asian giant.

The talks follow the official reception at the Great Hall of the People in Beijing, where Xi received the Cuban dignitary with the honors corresponding to his high investiture. During the meeting, both are expected to review the state of bilateral ties and plan new actions to further strengthen them in the future.

In addition to talks with Xi, Díaz-Canel will also meet with Li Zhanshu, president of the National People's Congress, and with Premier Li Keqiang, in a day that should end with the signing of more than 10 agreements between the parties.

China is the fourth and last stop on the tour of the Antillean leader, who was previously here in 2013 and 2015 as vice president of Cuba, and then in November 2018 made his first visit as president.

The current tour seeks to consolidate relations and explore in each destination country, opportunities to expand bilateral cooperation in different sectors and with mutual benefit.

Earlier, the Cuban president predicted an intense but productive day, as he complements the activities of his official visit.

"It is an honor once again to be in China, a country with which we have so many close ties. We come in response to an invitation from the esteemed President Xi Jinping, a great friend of Cuba," he wrote on his Twitter account. He added that "intense, productive and surely exciting hours await".