Reineris Salas advances to semifinalist in 97 kilograms of Olympic Wrestling 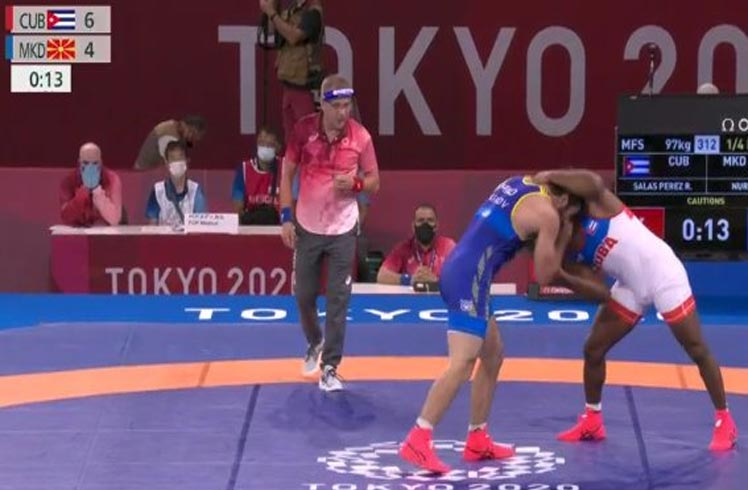 Cuban wrestler Reineris Salas defeated Macedonian Nurov Magomedgadji 6-4 and advanced to the semifinals of the 97 kilogram wrestling at the Tokyo 2020 Olympic Games.

Salas, world runner-up in the Budapest 2013 and Tashkent 2014 events, dominated the first period 4-0, however, in the second Magomedgadji managed two back passes to even the score.

When it seemed that the Cuban would give up on the mat and with just over a minute left in the fight, he surprised his opponent to score two more points and take the victory.

The 34-year-old Cuban gladiator will challenge in the semifinals the representative of the Russian Olympic Committee Abdulrashid Sadulaev, champion in Rio de Janeiro in 86 kilos and winner here 10-0 over the Georgian Elizbar Odikaze.