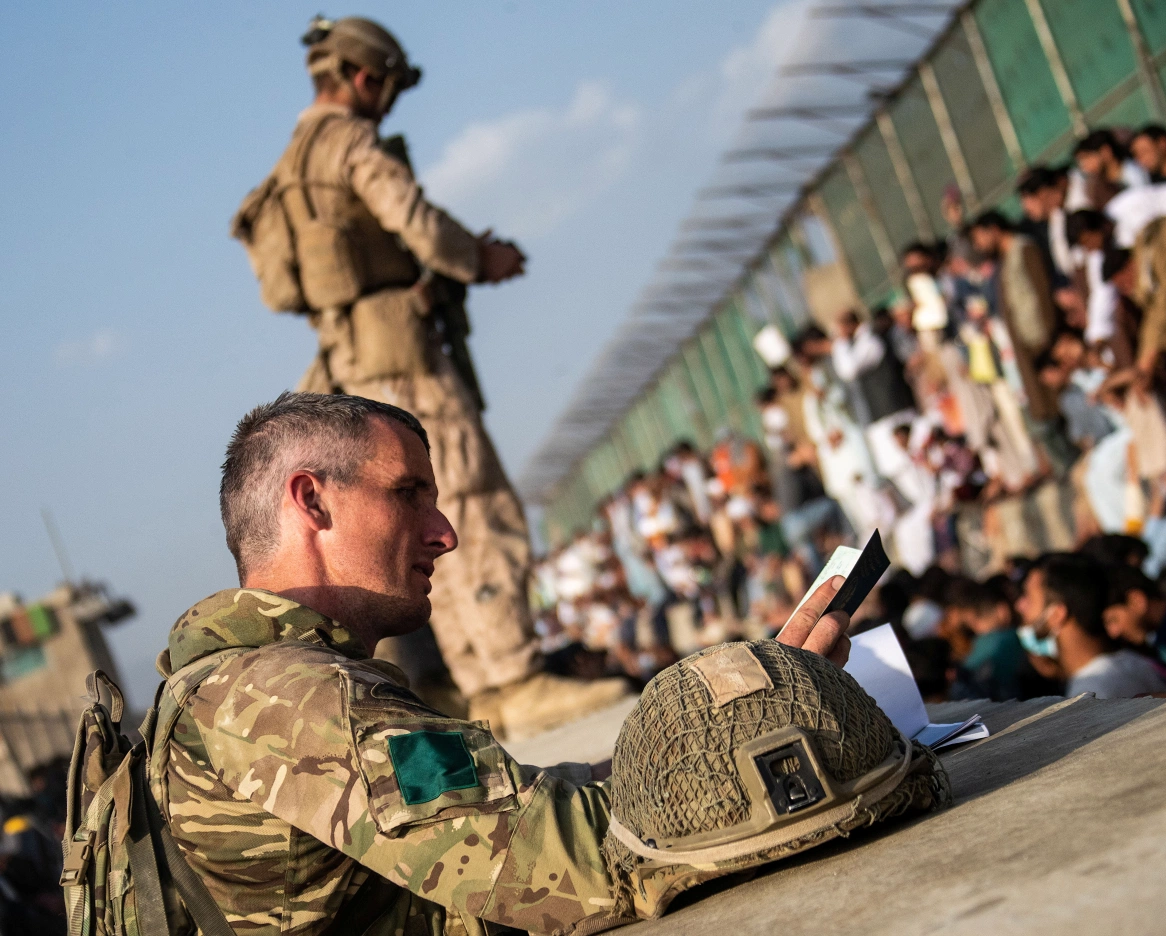 U.S. troops opened fire into the crowd of people at the scene of a bombing attack at the Kabul airport on Thursday, reportedly fearing another blast, witnesses have told RT.

Eyewitnesses who survived the bomb attack told the Russian news channel on Monday that the U.S. troops at the scene opened fire at people as they ran away amid the chaos.

During last Thursday's attack, two bombs were detonated near the Kabul airport as scores of people trying to leave Afghanistan had crowded around one of the airport's main access gates. The attacks, claimed by Daesh, killed as many as 170 people, including 13 U.S. troops.

Other U.S. troops "opened fire to protect themselves because they feared another explosion," Rahmana Akbari, who survived the blasts with injuries, told RT.   "After the explosion, I ran and many other people also ran.  I did not see who was shooting," she said.  "I ran out into the street and heard both gunfire and the sound of an explosion."

However, Akbari, whose brother was also injured in the incident, said that the sound of the gunfire was coming from the side of the U.S. troops.  "I'm not sure if my brother was hit by an American bullet or a fragment from an explosive device," she said.  "The Americans were on that side, I myself was in the ditch, just below from where the blast took place."

The Russian news channel said it had reached out to the Pentagon for comment and the U.S. military officials had said an investigation was underway.   In an earlier report on Saturday, RT — citing eyewitnesses who talked to BBC — said not everyone who died on Thursday at the Kabul airport had been killed by the blasts.

A report by Politico said on Monday that the US had had advance notice and could have avoided the airport bombing. It said that the US had known the approximate time and location of the bombing but a plan to close the gate had been abandoned.

Asked to provide clarification about the report, Pentagon spokesman John Kirby said he was "absolutely not going to speak to a press story that was informed by the unlawful disclosure of classified information and sensitive deliberations here at the Pentagon — just not going to do it."

The last American soldiers departed Afghanistan on Monday, ending a war that had begun when the United States invaded Afghanistan and toppled a Taliban-run government in 2001.  The U.S. alleged at the time that the Taliban were harboring al-Qaeda, which had claimed responsibility for the September 11 terrorist attacks in New York.

The Taliban militants intensified their offensives and rapidly overran major cities in recent weeks as the United States started what was seen as a hasty withdrawal of its forces from Afghanistan.

The Taliban took control of Afghanistan on August 15, setting in motion the evacuation of thousands of Afghan and foreign civilians via the Kabul airport.